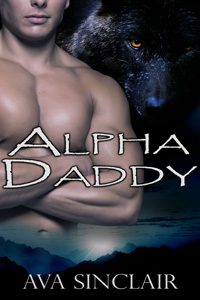 When alpha wolf Lakota Longtree sees a grizzly stalking a young woman in the Alaskan wilderness, he intervenes just in time. But the beast is no ordinary bear. He is a shifter of a different clan, an ancient enemy of Lakota’s people, and he will not be satisfied until he has tracked down and killed this woman. Lakota’s only choice is to make her a member of his pack, but that will mean teaching the headstrong girl that an alpha expects to be obeyed.

Carly Fowler has never put much stock in myths and legends, but after the ruggedly handsome man who so recently saved her life transforms into a wolf before her eyes, she is forced to accept that what he says is true. There is a terrifying creature hunting her and Lakota and his pack can keep her safe, but that will mean submitting to a stern, dominant alpha who will not hesitate to bare her bottom and spank her soundly any time he feels it necessary.

Lakota gives Carly no time to ponder her situation, nor does he give her a choice in the matter. She will live with him until he is sure she is no longer in danger, and during that time she will do as she is told or face the consequences. It isn’t long before Carly’s defiant attitude earns her a painful, embarrassing spanking over Lakota’s knee, but despite her fury at being punished in such a fashion she cannot help yearning for him to take her hard and thoroughly.

Over the coming days, Lakota takes on the role of Carly’s firm but loving daddy, providing the structure and discipline she requires to adjust to her new life. Soon enough, however, his need for her becomes overwhelming, and he claims her as his mate, mastering her more completely than she would have ever thought possible. But will her presence end up tearing his pack apart?

“What do you think you’re doing?” she asked him again.

“Getting ready to do what I should have done when you first mouthed off at me here. I’m going to put you over my lap and spank you.”

“You’ll do no such thing,” she said, and reached for the first thing she could grab—a scrimshaw carving on the bureau top—and slung it at him.

He deflected it with reflexes that could only be described as superhuman, batting the carving away as if it were a fly. His eyes bored into her as he approached, and Carly screamed when he grabbed her—screamed at the top of her lungs. But even as she did, she knew the only people within earshot would not come to save her.

“You’re crazy!” she said, struggling in his grip. But despite being in good shape, Carly couldn’t work herself free from his muscular grip.

“I’m quite calm, actually,” he said. “I’ve never corrected a subordinate in anger, and I’m not about to start now. But you will be corrected.”

He took a seat on the edge of the bed, and Carly felt herself go over his lap, exhaling a little ‘oomph’ as her midsection encountered his hard thighs.

This can’t be happening! But this had been a day when the impossible became real, and the impact of Lakota’s hand was real indeed when it descended on her bottom he’d bared with one hard jerk on the waistband of her jeans.

She cried out from the sting of it, and cursed him roundly, calling him fucker and bastard and a filthy animal. But Lakota was unfazed.

“You’re only going to make this worse, young lady,” he said, and the authority in his voice heightened the growing sense of helplessness. Carly had never been spanked in her life. And yet here she was, her nates burning from just one hard slap.

And there was more to come, and she wailed in pained outrage as he began to spank her with blistering skill. Lakota had relaxed his grip around her waist just enough to give her room to writhe about on his lap as he spanked her randomly across the fullness of her cheeks.

It was tears of anger that came first, and then tears of pain as he began to concentrate his stinging correction on the soft crease of skin between her buttocks and thighs.

He focused his attention there, slapping each crease alternately until she was screaming and wailing, her cries nearly infantile.

“Are you ready to do as you’re told?” His stern voice was barely audible above the sound her own cries, and Carly struggled to emit a strangled ‘yes’ amid her barely intelligible pleas for mercy.

“Promise me,” he ordered.

Promise? She looked back, catching his profile, his resolute expression. His mouth was a grim line. It was the face of an uncompromising disciplinarian. An authority. An alpha.

2017-02-19
Chris
Previous: The Commander’s Pet by Samantha Madisen
Next: The Warrior’s Little Princess by Sara Fields