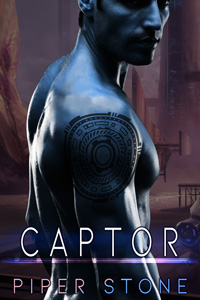 He’s going to breed me, but not until I’ve begged for it.

I was supposed to be safe from the lottery. Set apart for a man who would treat me with dignity.

But as I’m probed and examined in the most intimate, shameful ways imaginable while the hulking alien king who just spanked me looks on approvingly, I know one thing for certain.

This brute didn’t end up with me by chance. He wanted me, so he found a way to take me.

He’ll savor every blush as I stand bare and on display for him, every plea for mercy as he punishes my defiance, and every quivering climax as he slowly masters my virgin body.

I’ll be his before he even claims me.

While I dared not say the words out loud, I continued to say them over and over again in my mind. He took a deep breath, and I could swear he smirked, remembering what he’d done to me before. He’d awakened my pleasure as a test, learning how I would respond to stimulus. My God. I was nothing but a specimen.

The monster of few words turned me around to face the wall, grunting like the animal he was. While he held me by the back of my neck, I seemed immobilized by another force. I wasn’t certain what he was going to do, but the moment I felt a sharp slap across my naked bottom, I fought like a wild woman to get out of his hold. He brought his big paw down several additional times, the stern cracks driving discomfort into my legs.

The bastard was giving me a spanking. I was thrown by the simple yet Neanderthal action. I’d heard of this form of discipline, had even read about it in the history journals of Earth from a long forgotten past, but experiencing it was terrible.

As he continued, the sound was almost as horrible as the building pain. How could the palm of his hand create so much agony? There was no way of getting out of his clutches. I was forced to endure the round of punishment and he made certain he covered every inch of my bottom.

Heat built, but not only on the surface of my skin. I was aroused even more than before, the wetness slickening my inner thighs.

Who was he kidding? As soon as every girl turned eighteen, we were given an indoctrination into what to expect, the protocols required. We were told that once a selection had been made, there was no return unless rejected and that we’d face different cultures and rules. While the government had tried to insist that we’d be well taken care of, treated like queens, I’d always sensed everything we’d been told was little more than propaganda.

The bastards had sold their own in order to keep peace for our planet as well as protection provided from the nine other entities attached to the Coalition. Without their power and protection, we’d be crushed, every human taken as slaves and our resources stripped. This was the lesser of evils.

And I’d been as horrified then as I was now, but I remained the dutiful daughter and good citizen, preparing myself for… this horror.

This was only the beginning.

He smacked me long and hard, ignoring my pleas. The alien wanted me docile, surrendering to his every need. But as tears finally formed in my eyes, I wasn’t certain I could survive the ordeal. Death was preferable.

The pain shifted into pure agony, but my pussy continued to clench and release, the stunning wave of pleasure the brutal dominance was giving me as exciting as it was disgusting. He stopped long enough to dare caress my skin, the rough pads of his fingers stimulating.

Tingles drifted down my spine, the whispered vibrations a hint of things to come. I pressed my hands against the wall, taking shallow breaths. Another wave of heat coursed through every cell. His fingers eased between my legs, the long claws scraping against my skin with a sense of urgency. When he grazed one across my swollen folds, I arched my back involuntarily, desire becoming overwhelming.