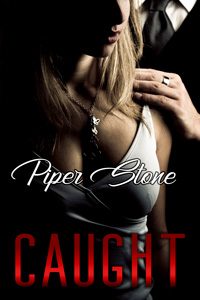 You don’t say no to a man like him.

If you’re forced to come to an arrangement with someone as dangerous as Jagger Calduchi, it means he’s about to take what he wants, and you’ll give it to him… even if it’s your body.

I got caught snooping where I didn’t belong, and Jagger made me an offer I couldn’t refuse. A week with him where his rules are the only rules, or his bought and paid for cops take me to jail.

He’s going to punish me, train me, and master me completely. When he’s used me so shamefully I blush just to think about it, maybe he’ll let me go home… or maybe he’ll decide to keep me.

“That’s it. Suck me, princess. Suck my cock. I told you I was going to take every hole, fill you. Fuck you. And I intend on keeping my promise.”

I slid my tongue back and forth across his sensitive slit, watching his face pinch and release, his muscles tensing. I was rewarded with a few drops of pre-cum dotting along my tongue and I sucked on the tip like a greedy child, begging for more. I ran my hands up along the insides of his thighs, cupping his balls with one and running my index finger along the underside of his shaft.

“Yes. Mmm…” He closed his eyes, straining to remain over me.

I rolled his testicles between my fingers, squeezing, adding just enough pressure. I knew he was in a state of nirvana by the waning smile on his face, the glisten of sweat beading along his upper lip. I opened my mouth wider, accepting another inch. Then another. All the while my tongue swirling, moving back and forth.

He opened his mouth, a ragged breath escaping, his upper body trembling.

This was my only control, the only method I had of taking what I wanted. What I craved. I accepted more of him as he jutted his hips forward, pushing his cock until the tip hit the roof of my mouth.

His breathing full of a sensual husk, Jagger stiffened again before he began pumping into my mouth, taking back his control, fucking my hole as if there was no restraint left. There was nothing easy or gentle about his actions, merely a hard fuck, forcing me to suck, to take all of him.

I gagged only once then calmed my breathing, accepting my place, the role he’d given me. I continued fondling his balls as he thrust inside my mouth, every move deliberate, orchestrated in a perfect rhythm. He moved in and out as his eyes bore a hole through me, as if peeling away my many layers, finding my darkest fantasy.

He pumped harder and faster, the actions more aggressive, almost savage, his guttural sounds becoming a loud roar as his need intensified. His eyes were mere slits, his voice rattled as he reminded me to suck, to wrap my mouth around his thick shaft.

Pulling back and out of my mouth, he ran the tip of his finger around my pursed lips before crawling to the side, panting, his head lowered. “Or…” he whispered as he yanked me onto all fours, moving behind me, slapping his cock against my bruised ass. “Do you prefer me taking you in your dark hole?”

“I…” Choking, I tried to catch my breath as he slipped his cock back inside my cunt, pumping several times as he slid one, two then three fingers inside my asshole.

2018-12-15
Chris
Previous: Mastered for Their Use by Ivy Barrett
Next: The Predator’s Pet by Vonna Harper