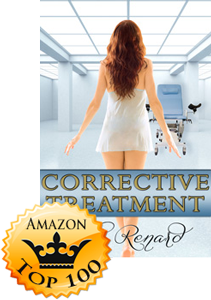 ★★★★★ SH @ Amazon.com “Don’t miss this HOT one!”  on April 10, 2016
I read every book this author writes and with good reason. She has the ability to drag you into the story in the best way possible. What follows is a well written story with enough detail to easily picture what is happening as you read. This book is no different and I read it in one sitting. Sophie is a firecracker and full of sass! When she meets Richard, she discovers something she had been missing and didn’t even know it. Richard, was pure alpha and perfect for her. I received this book from Stormy Night Publications as an Advanced Reader Copy.

vBookworm555 @ Amazon.com ” “A great quick read.”  on April 12, 2016
I received this book from Stormy Night Publications as an advance review copy.

First of all, I want to say that I read more than a lot of books and I am more than a little skeptical when I read 5 star reviews from people that receive free copies. I really try to be honest, as I have purchased way too many books with 5 star ratings that were awful and didn’t have even a mediocre review.

Loki Renard like every author, has books that I love and like and don’t like (I haven’t found an author that hits it out of the ballpark every single time). This book was a great quick read. Well written and I did not see any errors. Sophie is a fairly well developed character. She is strong willed and defiant and fights for what she believes in. Richard is there but seems to lack the depth of character given to Sophie (but he is still likable). The story progresses pretty much as you would guess until the M. Night moment hits and the story goes supersonic.

I loved the story but it ends quickly. Yes, it is a romance and ends like they all do but, I like the story beyond the correction and I don’t feel that it is finished (even though I feel there should be more, it is NOT a cliffhanger).

★★★★★ Firefly @ Amazon.com  “painful and repeated often”  on April 15, 2016
Sophie was a naive but idealistic young lady who was determined to make a stand for equality and human rights. Her determination to make a stand in the face of authority led her to Richard’s hands (literally) as he administered the prescribed correcting treatment. Sophie was blissfully unaware of the nature and duration of the treatment. Her treatment was humiliating, painful and repeated often, yet from the outset she was attracted to the older doctor. She held out but was not beyond redemption. This book is well written and I went from being irritated by her naivety to understanding why she felt the way she did, then to wondering how they could be together and ultimately to great satisfaction at the end. I received this book from Stormy Night Publications as an advance review copy.

★★★★★ Elaine Lara @ Amazon.com ” “Well Done!”  on April 13, 2016
This book is by an author whose work I have read previously and always enjoyed. This book was well written and definitely kept my interest from the first page to the end.