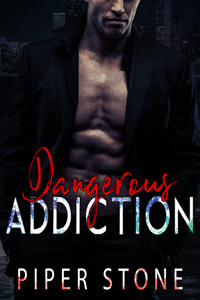 I wanted her, so I took her.

I went looking for a man working with my enemies. When I found only her instead, I should have just left her alone… or maybe taken what I wanted from her and then left… but I didn’t.

So I carried her off to keep for myself.

She didn’t make it easy for me, and that earned her a lesson in obedience. A shameful one.

But as her bare bottom reddens under my punishing hand I can see her arousal dripping down her quivering thighs, and no matter how much she squirms and sobs and begs we both know exactly what she needs, and we both know as soon as this spanking is over I’m going to give it to her.

He yanked me another few inches away from the window, pressing down on the small of my back. “Your first lesson in obedience, Walker. I assure you that there will be many others. Now, I’m going to fuck you in the ass.”

I smashed my hands against the glass, trying to find the will to fight him once again, but he was just too strong for me. He was quick with his actions, placing the tip of his cock against my puckered hole. Then he grabbed my hips with both hands, digging his fingers into me as he pushed several inches inside, past the tight ring of muscle.

“Oh. Shit.” I hung my head, my nails involuntarily scratching down the glass. Blinking furiously, just trying to focus on anything became arduous, pain washing up over my shoulders as my ass muscles constricted. He didn’t waste any time, thrusting the rest deep inside. I was thrown against the window by the force he used, trying to concentrate on anything but the burning anguish.

The sounds erupting from his throat reminded me of some barbarian, a hunter catching his prey. While he remained crushed against me for a full ten seconds, I knew it was short lived. When he pulled out, leaving only the tip inside, I undulated my hips, shocked at the tingling sensations rushing through me.

But as I’d done since he’d walked into the door, my actions failed. He plunged even harder, his heavy body smashing against me, leaving my heart thudding and my legs no longer working. When he repeated the move, all I could do was pant.

“That’s it. Take all of me,” he growled, keeping me bent over as he drove into me like a crazed beast.

His rhythm seemed perfect, one coming after the other. Then his actions became rougher, pounding into me so forcefully, my entire body was jarred.

He pounded into me hard and fast, stripping away any rational thoughts. While another wave of incredible sensations rocketed through me, I could tell he was close to coming. A series of ragged pants left my throat, the only thing I could concentrate on the sound of his skin slapping against mine. I was lost in another haze, every sound I made unrecognizable.

When his body stiffened, a snarky smile crossed my face. At least he was almost finished.

His cock throbbed even more than before, the bellow he issued a sound I would never forget. His fingers digging into my skin, there was no doubt he erupted deep inside.

A single bead of perspiration trickled down the side of my face. As it slid across my nose, finally dripping onto the floor, all I could see were bloodstains.

“I’m going to fuck you every day, taking you in every way I desire,” he huffed, his breathing just as rapid as mine. Yet as he continued to play me with filthy thoughts, filling my mind with all the ways he planned on ravaging me, I managed to shift to that alternate location in my mind, my conviction strengthening.

The bastard would never break me down the way he wanted. I would never need him, nor would I allow my bizarre desire to cloud what was really happening.

He was a monster.

And I was his pawn.