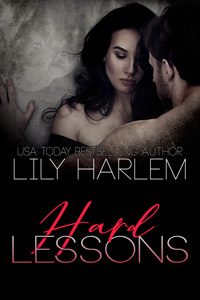 In his world, disloyalty is punished.

When Serena Ricci fell in love with a mafia bad boy, she knew what she was getting herself into. A man like Luca Morretti expects loyalty, but when she took a risk and it ended with the cops busting in, she let him take the fall. Now he’s out of prison, and it’s time for her to pay the price.

The next thing Serena knew she’d been flipped over. Her forearms crossed and her hair hung low, several strands sticking to her damp brow.

Luca gripped her hips and dragged her to her hands and knees. “I’m going to take what’s mine. Get ready for it.”

A fresh wave of desire seized her. The tone of his voice and the steely grip he had on her sent heady memories of their past life rushing into her mind.

The plug shifted inside her. Serena gasped. He began to tug it and she arched her back. “Luca!”

The plug slipped out and her asshole trembled.

She had no doubt what was about to happen. Luca was going to fuck her ass, and it wasn’t going to be slowly and carefully like his first time there.

A quiver attacked her belly as the head of his cock pushed onto her hole. It was so damn wide and hard.

He curled over her, one arm spanning her waist and dragging her upward. His hips rounded and his cock exerted a determined pressure.

She caught her breath. She was trapped beneath him, at his mercy.

“It would serve you well to relax,” he said by her ear, his breath hot. “But I’m going in regardless.”

Oh, and she believed him.

He eased forward some more and her hole parted for his width. The moment he had that purchase he drove on, stretching her around his glans, then easing his thick shaft into her ass.

“So warm and snug.” He kept on going.

She was so full of him, the pressure dense and all consuming.

“That’s it, squeeze me,” he said, clasping her right breast with his free hand. “Grip my cock with your sweet ass.”

Serena wasn’t doing it on purpose. Her entire body was a tense ball as he invaded her. How much more could she take?

He slammed home, his balls bashing up against her pussy.

She cried out, so did he.

And then he withdrew, almost but not quite, then thrust in again. He repeated the action, the pace wild and hard. He fucked her ass, took it, claimed it… claimed her.