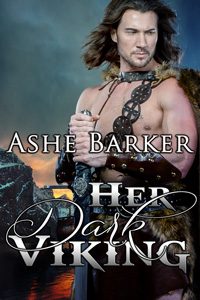 The tall Viking spun on his booted heel, alerted by an innate sense of danger that he had honed finely over the years. A Celt materialised from the forest at his rear, let out an animalistic snarl and charged, raising the roughhewn branch he was using as a makeshift club high above his head. The man brandished the weapon, his intent clear—to fell the Nordic invader who threatened his home, his family, all he held dear.

Gunnar’s nostrils flared. He narrowed his eyes and smiled, an expression he knew well would accentuate the grim severity of his features. The scar, which ran from below his left eye to bisect his cheek and finally disappeared under his jaw, further augmented his fearsome appearance, a fact not lost on the attacking Celts if the widening of the man’s eyes was any indication. Gunnar knew a moment’s regret at the inevitable end to this. The Celt was about to draw his final breath.

A sword hung from the Viking’s left hand, and he hefted an axe in his right. Acting on pure instinct, the dark-haired Norseman selected the sword and swung it with a sharp, upward motion. The point penetrated his assailant’s unprotected chest and the man’s shrieks of fury were instantly silenced. The Celt crumpled to the bare earth beneath him, soon to be swallowed within the bowels of the land he had died to protect.

Gunnar eyed the still twitching corpse at his feet, his gaze dispassionate. The brave fool should have known better. This farmer should have fled along with the rest of his people. Instead, armed with nothing more than a lump of wood, he had faced down a Viking warrior. He should have run away while he still could.

Gunnar tilted his head. He could still hear the anguished, terrified cries of villagers who even now scrambled over the rocks that bordered their tattered homestead, grateful to escape with their lives if not much else. Some would find a safe haven, he supposed. The rest would die, or watch in helpless despair as the Viking horde ransacked their village.

The raid would be swift and decisive. Vikings never remained long, they had no need to. It was their way to attack at speed, to swoop ashore from their swift dragon ships, lay waste to any who might oppose them and take what they would. The raid would be over almost as quickly as it had begun.

Gunnar wiped the point of his sword on the grass at his feet and raised his arm high to rally his men.

“With me,” he yelled, “to the village. Follow me.” He was off at a run, seeing no need to check that his men were at his heels. They would not dream of doing otherwise.

The Celtic settlement was little more than a few low, turf-roofed dwellings huddled about a central pen. Goats and pigs scuttled back and forth in agitated alarm as the Norsemen thundered past, their war cries designed to terrorise any remaining inhabitants who even now thought to defend what was theirs. A rapid search of the houses yielded no such hardy, yet misguided souls. All had fled, leaving their homes to the mercy of the attackers.

“Take the livestock, and check for anything else of value.” Gunnar issued his command, though he did not expect to find much in the way of wealth here. The abbey, half a day’s sailing down the coast, was a different matter entirely. There, he knew, would be gold plate, coin, tapestries—richer pickings indeed. But this fishing village located on the shore had looked tempting enough from the sea and he was never a man to pass up an opportunity. A brief detour had been called for.

Gunnar strode between the buildings to march around the perimeter of the hamlet. A well-trod trail leading inland signalled the likely existence of another village close by and regular traffic between the two, but he had not the time on this occasion to explore more thoroughly. The rest of the local populace could remain unmolested—this time.

He paused, surveyed the deserted settlement, now silent as even the livestock had been herded off by his men. A good hour’s work, he concluded. Time to be on their way.

A shrill scream halted his stride, followed by the rumble of derisive laughter. Gunnar cocked his head and listened. The scuffles and grunts he could hear coming from behind the building closest to him betrayed the location of the sport. Doubtless some Celtic wench had been a little too slow to make her escape.

A pity, he supposed. Rape was commonplace among Viking raiders, but Gunnar entertained no personal fondness for it. There were plenty enough willing females back at home, but this act had nothing to do with lust or sexual desire. He had encountered many quite lovely women in his time. He appreciated their appeal and much enjoyed their company but had yet to experience even the slightest impulse to rape any of them. In his view, the raping of defenceless women was about power, conquest, and violence. These villagers were already defeated; it was not necessary to further torment and abuse the weakest of them.

He rounded the building and his eyes narrowed at the sight before him. Three of his men held a Celtic female pinned to the ground. She was spread-eagled, her overtunic ripped and her skirt hiked up about her thighs. One Viking warrior secured her hands, another her feet. The third knelt between her splayed legs and was already unfastening his woollen breeches.

The man holding the woman’s feet laughed as the female struggled to free herself, her efforts futile in the face of superior numbers and strength. “Be quick, Sven. We’ll all be wanting a turn on her afore we go.”

“Aye,” agreed the man who pinned her arms. “An’ you can see how eager she is for some Viking cock inside her. Let’s not be disappointing the slut, eh?”

Another terrified scream pierced the air, though Gunnar doubted their victim understood the Nordic tongue. Still, the intent of the three who assaulted her was clear enough. He knew full well that his men expected him to leave them to their sport, let them enjoy a juicy piece of Celtic pussy to relieve the tension of battle. Many a Viking felt that was little enough to expect on a raid, but Gunnar disagreed. These men would have their share of the spoils, they would just have to settle for that.

“Let the wench be. Back to the longships. Now.”

“Eh?” The man who crouched between their victim’s thighs, his heavy cock now exposed and swaying before him, turned to scowl at his leader. “We’ll be no more than a minute, Jarl.”

“Now,” repeated Gunnar, stepping forward. “Or you can stay here to face the rest of her kin when they venture back. The boats leave the moment I return to the beach and any man not aboard will be swimming home.”

“But—” The man at her feet stood up, ready to argue the point.

“Am I not making myself clear, Olaf Ingrssen? Or do you fancy getting your feet wet, is that it?” Gunnar lifted his sword to rest it across his broad chest, the threat implied rather than explicit, but there nonetheless.

The three shuffled awkwardly, backing away, their grumpy muttering a signal of their discontent. Gunnar was unmoved. He was Jarl here, his word was law. He tossed his head in the direction of the beach. “Get on your way, I’ll be right behind you.”

He knew they didn’t believe him. They would fully expect him to take the trembling wench for himself. From the look of her as she cowered before him, that was what she expected also. She spoke to him, brief, desperate words in her Gaelic tongue. He could not understand her, but knew she pleaded for her life if not her virtue. She would be permitted to keep both as far as he was concerned, though she was not to know that.

Gunnar extended his hand, offering to help her to her feet. She stared back at him, disbelief and confusion flitting across her delicate features. Now he came to look at her properly he would own this Celtic peasant was not so much pretty as stunning. Eyes of a vivid green gazed up at him. Her hair was a flaming shade of dark red, the locks tumbling from her hood, which had become dislodged in the struggle. She shoved her rough wool skirt back down to cover her lower limbs but not before he could appreciate the sight of long, slender legs, creamy thighs, and exquisitely sculpted ankles. Her tunic hung from her shoulders, exposing the upper curve of her breast. He was treated to the sight of more flesh, the rich hue of buttermilk, before she managed to right her clothing. Only then did she accept his outstretched hand and allow him to draw her to her feet.

The wench was tall, though he still towered a full head over her. And she was not as young as he at first assumed, perhaps twenty summers. She eyed him warily, clearly uncertain what he intended to do to her but fearing the worst still.

Using just a lifting of his eyebrows toward the trees behind her, Gunnar signalled to her to go, to make her escape while she still could. She took no further encouragement, just turned and ran. In moments, she had disappeared into the forest, just the swaying of a pine branch betraying the path she took.

Gunner sheathed his sword, slung his battle axe across his shoulders, and sauntered back to his dragon ship. The wealth of Lindisfarne Abbey awaited him.