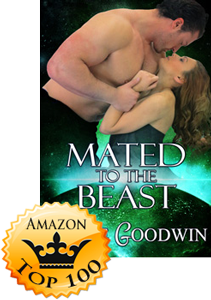 ★★★★★ Dawn J. @ Amazon.com “Amazing” on July 30, 2016
You have done it again! Dax and Sarah’s story is so amazing. My only complaint is that I read it to fast. Both H/h are so fully developed and are perfect together. I loved how strong both of them were, so nice that your characters are not wish you washy and predictable. The story grabs you from the start and carries you along. The pace is perfect too. I think so many women will identify with having to be strong for everyone but themselves, and seeing that they can be themselves if you really let go of everything around you for just a short time. Btw the sexy parts were awesome too.

★★★★★ Judith D. Woronka @ Amazon.com “Wonderful ,Spectacular and just plain Great” on July 30, 2016
I really don’t know how Grace does it but each book just keeps getting better and better and I Loved the first book so you know this one is as I said spectacular . There are many posts on Facebook about having , falling for and loving “book boyfriends” I would love any one,two or three of Graces Hero’s . Reading Graces books makes me hope that my soul in some future time really gets to see worlds like in her books.Who knows anything can happen 😍👹❤️

I love when a woman is kick ass tough; but I also love when a woman can find herself needing to not be tough all the time. Sarah is a kick ass warrior mated who finds herself mated to a alien bad ass warrior Dax. Yeah she swears she don’t need a man but she comes around to her new mates’ way of thinking. But just as she is wrong about not wanting a man…or mate; he soon discovers that he wants exactly who Sarah is, warrior and all.

I love when the couple learns who they really are and what they really need from each other. It’s beautiful how they discover just exactly what it is that they both are not willing to do without. Loved this book!

★★★★★ Debra Y Frost @ Amazon.com “A fun and sexy ride” on July 30, 2016
This was one of Ms. Goodwin’s best. After losing two brothers to the Hive wars, Sarah wants to find her only brother and fight along side him. But Dax has other plans. She is his mate and his beast needs her. Great fun and very steamy.

★★★★★ Bookworm555 @ Amazon.com “My favorite, so far!” on July 29, 2016
As much as I loved Nial’s story(Taken by Her Mates), I am going to have to say that this one is my favorite in the series. Dax is our first Atlan mate (and hopefully, not the last) and we get to find out about their traits which are totally different from the Prillon, Viken, and Trion mates. Even though Sarah is a soldier, she was accidentally processed as a Bride before the mistake was discovered. This story is a little different as it takes place on the front lines of the Hive/Coalition War. The story flows so smoothly that I could not put the book down. The author does a fantastic job of giving us enough background on both main characters that you feel that you really get to know them. Loved both Dax and Sarah, they are perfectly matched (of course). I am looking forward to more books in this series. I still have my fingers crossed to see the stories for Warden Egara and the men from the Colony.

Sarah Mills, the heroine this time around, did not want to become a Bride and instead enlists in the Coalition’s military to fight the Hive and save her brother. Dax, the hero, comes transporting into trouble to find his mate, Sarah. There’s more to Sarah and Dax becoming mated and the story to follow is awesome. I’m ready for more Interstellar Bride books.

★★★★★ Sue B @ Amazon.com “Interstellar At Its Best! Atlan Warlord Seeking A Mate….” on July 30, 2016
Sarah Mills is part of the interstellar bride programme whereby her ideal mate from Atlan has been chosen for her; instead of believing to be enrolling as a captain in the military. She quickly escapes her predicament and joins the interstellar forces. During a mission, fighting alongside her surviving older brother Seth; Atlan “Warlord” known as Dax appears at the pinnacle in an effort to protect his matched mate, Sarah.

After being overcome by hive forces and Seth captured, Dax and his mate together launch an attack singlehanded to rescue Seth and the additional 11 soldiers; hoping molecular modifications have not taken place. A fierce battle ensues and they are forced to fly a hive battleship in an effort to escape and return to their own ship – The Karter, with Sarah seriously injured. Close to death her feelings for overgrown muscle bound Atlan heighten.

This book by Grace Goodwin is unique in the sense that the female character is a strong independent warrior able to fight, fly and battle with the best, and relying on her expertise and cunning to keep her squadron alive.

This book was an entertaining read, once started difficult to put down. I would highly recommend this to other readers.

★★★★★ KW @ Amazon.com “Can Sarah save her mate from himself?” on July 31, 2016
Great next edition in the Interstellar Bride Program Series.

Sarah and Dax are matched within the Interstellar Bride Program, only problem is that that isn’t what she signed up for. She’s a soldier, trained in combat since she was a young girl. Dax, is a great Atlan warrior, who turns into a berserker when he enters the mating fever, an affliction that affects his alien species. He needs his mate, and he needs her now.

I really enjoyed this next book. Five stars

★★★★★ Sue T. @ Amazon.com “Don’t even hesitate – buy this book ” on August 5, 2016
I love all of the books in the Interstellar Bride series, and this one does not disappoint. They keep getting better and leave you hungering for more. Each one contains just the right mixture of plot and D/s, with attention to detail on the alien aspects. Wish we had this now – I’d volunteer in a heartbeat!

★★★★★ robyjean @ Amazon.com “Mated for Life” on August 2, 2016
Honestly loved every aspect of this book. Sarah is a strong, loyal, independent leader who is doing what she needs to save her brother. Dax is her mate and needs her to survive. He realizes how good she is at fighting and stands along side her to save her brother. She realizes she needs him. It was an easy read, had a great plot, strong characters and a HEA. I received an advance copy from Stormy Night Publications in return for an honest review.