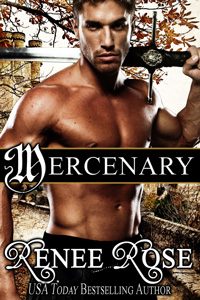 With her castle under siege and her enemies on the verge of battering down the gates, Lady Camilla’s situation is desperate. But when an infamous mercenary named Sir Balen unexpectedly rides to her rescue, she soon finds herself in an entirely different kind of trouble.

Though the mere sight of the devilishly handsome brute sets her heart racing, Balen’s assumption of the position and duties of her late husband incenses Camilla, especially because those duties seem to include spanking her bare bottom whenever he feels it necessary.

Yet despite her blushing cheeks and burning backside, Balen’s bold dominance leaves Camilla yearning for him to take her hard and thoroughly. Can she swallow her pride and propose the marriage she knows would be best for all involved, or will her stubbornness lead to disaster?

Damn him. Now her actions seemed so unjustified—she had been in the wrong, and they both knew it. His manners were lacking, but hers had been far worse. She should apologize, but the last bits of pride still kept her from it. She blinked back the tears that sprang to her eyes.

As if he did not want to see her cry, he reached for her. “Come,” he said sternly and pulled her across his lap, so that her torso rested on the bed and her waist folded over his thighs.

She turned her head away from him, humiliated. She waited for the first blow, but it did not fall. Instead, his hand brushed her calf. She realized with horror he intended to lift her skirts.

“You shall not have the protection of your skirts.”

The word “please” came to her lips but she bit it back.

Tola was there to be sure nothing untoward happened. The cool air hit first her thighs, then her bottom. She squeezed her cheeks together defensively.

He gave her one sharp smack and then another. She jumped each time, the offensive blow shocking her more than it hurt. But after about twenty spanks, it began to really smart. A slow burn developed so now each time his palm struck her bare skin it burned like fire.

A tiny whimper escaped her mouth, despite her best efforts to keep a stiff upper lip. Another mewl. She bit into the quilt on his bed to keep from making further noise. She didn’t want him to know how much it hurt her, and she certainly would not give him the satisfaction of her tears.

At last he stopped spanking and pulled her to stand. His eyes roved across her face, probably not missing how much effort it took her to keep her composure.

“Are you happy now?” she spat at him so he would not see her lips trembling.

He shook his head and, to her dismay, pulled her back over his lap.

“No!” she cried, suddenly panicked.

He held her pinned over his firm thighs again and clamped one leg over hers to quiet her kicking. He gave her several sharp slaps, and then his weight shifted under her. She gasped. He was removing his sword belt.