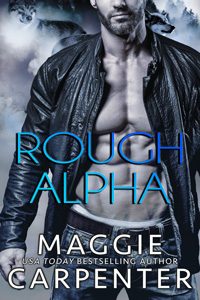 He warned her what would happen if she didn’t stay away. She didn’t listen.

Rough, dirty brutes aren’t Faith Miller’s type, especially when they ride a Harley and treat her with the manners of a caveman… or at least that’s what she thought before she met Hunter.

He told her what he would do to her if she came near him again. He warned her that next time he wouldn’t hold back and he wouldn’t be gentle. Faith didn’t believe him… or maybe she did.

Now, with her panties torn off and her face pressed into the sofa cushions as the first searing stroke of his belt lands on her already burning hot bottom, Faith knows she is in deep trouble. But with the evidence of her body’s shameful surrender dripping down her bare thighs, will she plead for mercy, or will she beg him to mount her, claim her, and rut her like a savage beast?

She steeled herself for the spanking, but instead his large palms clutched her cheeks and pulled her open. She’d expected the lewd act, but not so soon, and she let out a muffled cry.

“Your back area has been forbidden to others, but nothing is forbidden to me! Do you understand? Raise your head and answer me.”

“What do you understand?”

“Nothing is forbidden to you, Sir. My body is yours. Uh, back there is yours.”

“Return your mouth to my cock and suck.”

Her face flaming red, she did as he said, but as she began to move her lips up and down his shaft, he suddenly released her bottom and delivered a volley of hot smacks.

“When I asked you what you were doing when I came in, you lied,” he scolded. “You knew exactly what I meant. Lying is not tolerated. Because you finally admitted touching yourself I won’t spank you quite as hard, but next time I ask a question, tell me the truth. This pussy,” he said, pausing his punishment to tease her clit, “is off limits. It belongs to me now. I can make you come in seconds, or keep you on the edge for a very long time.”

“I control this sweet kitty. I will pleasure her or punish her as I see fit,” he declared, moving his hand to rain his stinging slaps on her hot backside. “Do you understand what I’m telling you? Lift your head and answer me.”

“Oh, Sir, I understand,” she replied breathlessly. “Please, Sir, I’m tingling from what you just did. I need to come so badly.”

“Continue to suck me, and even though you’ve been a bad girl, I’ll let you come, but only because it will put you back to sleep. You need to rest before our trip.”

As she gratefully returned her mouth to his rigid member, his fingers danced their magic against her clit, but he also pressed his thumb into her rosebud. Though she released a muffled squeal, the unwanted intruder ignited her climax. The spasms took hold, and as the sparkling sensations surged through her body, a thick finger plundered her forbidden hole.

“Wriggle your tail, push back against my finger,” he growled, aggressively pinching her clit.

More convulsions seized her, and as she raised her head to let out her cries and gasp in the air, his member suddenly jerked in her hand. He grunted through his climax as her shimmering waves waned, leaving her breathless and her head spinning.