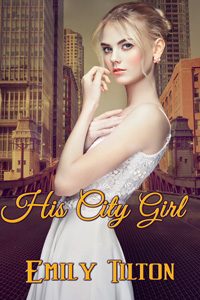 Zoe looked around nervously. No one in the bustling, loud museum café seemed to have heard the embarrassing thing. “Please, Tantie,” she said, using the old pet name under which she had known Anne-Marie Ney since her earliest childhood visiting here in New York City with her mother, an old school friend of Anne-Marie’s.

Anne-Marie shook her head slightly, smiling. “No, my dear. We must have this chat now. You are here with me in this magnificent city to acquire the polish you need, in order to rise in the world you have chosen. I refuse to let you evade the matter any further, as you did last night, and so I will use your shame against you.” She made a flourishing gesture around her, toward the many full tables in the café, her small, elegantly manicured hand somehow captivating all of Zoe’s attention in its contrast with the sleeve of the stunning green silk jacket she wore. “I am quite sure that you are so embarrassed at this moment that you will not even be able to rise and leave for fear that the cosmopolitan people around us will see, notice your red face, and realize that you are a girl from a small town who does not play with herself, and thus will never know how to attract the sort of man she needs—the sort of man who will tell her that if she plays with herself without permission, he must whip her.”

“Tantie! My… How…” Zoe dropped her voice to a fierce whisper. “How can you?” Zoe’s face indeed seemed to have reached the temperature of a roaring fire on the hearth in her family’s old farmhouse in Vermont.

“I won’t be cruel,” Anne-Marie said. “I merely want to make my point in a way that you won’t be able to forget, let alone brush off. Tonight when Jack comes to the apartment and you hear him having me, I want you to play with yourself. It’s only natural for a girl to want to experience what another, older girl gets from her lovers, and it’s a fine way of beginning to put that cosmopolitan polish on you that will let you find your first lover, too. Before you know it, it will be you having sex while I have only my massager to console me.”

Zoe wrinkled her nose, looking down at her petit fours, unable to meet Anne-Marie’s eyes. “Your what?” she whispered, though, unable to contain her curiosity.

Tantie gave a silvery laugh. “My massager, my dear. I’ll show you when we get back to the apartment.”

Zoe Brown’s happiness to be in New York in 1966, where so much seemed to be happening every minute of every hour, refused to depart even in the face of this terribly embarrassing onslaught from Tante Anne-Marie. Of course her thoughts and dreams for what would happen to her now that she had come to the big city to start her real life included finding a man—how could they not, when her mother had told her nearly every day of her life that everything would change when she left Vermont and got married?

Her parents had come from the city, after the war, putting their savings into a farm and hoping to find an idyllic lifestyle. Instead they had found little but trouble, though Zoe’s father doggedly refused even to consider selling the farm and trying to move back to what his wife called ‘civilization.’ Even George Brown had no illusions, though, that Zoe and her younger sister Beatrice should do anything but get out as soon as they finished high school. Tante Anne-Marie’s apartment in New York represented paradise and salvation rolled into one.

Apparently, though, that paradise had a lewd dimension Tantie hadn’t described in her letters.

Lewd. Not her parents’ word, of course, because she didn’t think her parents had any words at all for what Anne-Marie had just breezily started talking about. Certainly husband factored into Prudence Brown’s vocabulary, and grandchildren—as in, “Someday, I’ll tell my grandchildren about how sweet their mothers were, growing up,” or more frequently, “Someday, I’ll tell my grandchildren about how disobedient their mothers were, growing up.” But even the word having would never come from Prudence’s lips the way it had come from Anne-Marie’s.

When you hear him having me.

Eighteen, and never yet kissed. That was Zoe Brown. She didn’t have many friends at school, but the ones she did have had all been kissed, and one of them had gone all the way. So Zoe knew about sex, about boys’ things and what they wanted to do with them and where they wanted to put them.

But the way her fastest friend Nancy, who had gone all the way with her boyfriend, said, “I’m going to go all the way with Joey” and then later, “I let him go all the way” seemed to emerge from a different universe of meaning to the one from which Tante Anne-Marie’s having emerged. Even the way Nancy said sex sometimes, as if you could just say that kind of word, didn’t convey what Tantie conveyed with having.

Once Nancy had even said the f-word, but it seemed like even she realized that it was terribly unbecoming for a girl to say that, and she hadn’t tried it again.

Lewd wasn’t a word even Nancy would have used for the sort of thing Anne-Marie seemed intent on discussing with Zoe, to Zoe’s horror. Lewd came from Zoe’s reading: from the intriguing stuff you sometimes got to read in advanced English classes—the parts of Jane Austen’s and Samuel Richardson’s novels that nearly vanished into the margins; the places where the characters dropped off the edge of the page and into a private world where you knew the wicked ones did lewd things that came to no happy end, while the good ones contentedly made babies, the husbands in their wives’ bellies, ensuring the future of the British Empire.

“Shall we?” Tantie said brightly, wiping the corners of her small, elegant mouth and rising from their tea table. “I want to show you the impressionists before we go.” She reached for Zoe’s hand, and it seemed impossible to be cross with her—indeed, it seemed impossible that this neat, elegant, raven-haired woman with the French accent that had lingered even after her twenty years in America could really have just been talking about… that.

Zoe felt terribly, terribly down-at-the-heel as Anne-Marie led her through the grand corridors of the Metropolitan. She had worn her nicest print dress, but next to the elegance of the other women, their lovely little hats, she felt she must look exactly the country bumpkin she was. Zoe had dreamt of being here, but she supposed she had always imagined she would effortlessly become a swan and leave the ugly duckling behind. Her mother had told her so many times that she must not squander her fresh, youthful looks, but now she felt she would sacrifice them in a moment to look like Anne-Marie—give up her golden hair and cornflower blue eyes for the dark, urbane Jacqueline Kennedy look that so many women here in New York seemed to have.

As she looked at the paintings she had read about in the New Yorker—the one citified thing that her parents allowed themselves in Vermont, and the thing that seemed to Zoe to distinguish their farmhouse from every other—she resolved that she must at least try to listen to Tantie’s advice, no matter how strange it seemed. Looking at Boating by Edouard Manet, a picture she had read about, she suddenly seemed to feel coming from it, as if from the very canvas, something she hadn’t seen, or imagined she could ever see.

The man, in his white shirt, his torso twisted. No visible muscles, of course… but he seemed big. As big as the boys back home who worked on their family farms, but with his straw hat and his mustache very different. The woman, in an elegant dress, but slumped down in the boat, as if she were trying to tell the man that…

Zoe felt her face get hot. Beside her, Anne-Marie murmured, “Ah. You see the sexuality now, I think.”

“No,” Zoe lied. “I guess… I guess I just don’t understand yet.” She turned to look in Tantie’s eyes.

Blushing even harder, Zoe turned back to the painting. The thought came unbidden and against her conscious will. As if she’s trying to tell the man that she wants to have sex with him.

Anne-Marie and Jack returned to the apartment from dinner around ten. Zoe had gone to bed, unable to concentrate on the book she’d been reading and half-hoping she would fall asleep before Tantie got back. She had met Jack when he picked Anne-Marie up at seven, after Anne-Marie had kept Zoe in her bedroom while she dressed for the date, Zoe trying hard not to look at the lacy black things Tantie put on: the bustier and the tiny panties.

As hard as she tried to look away, though, she couldn’t help noticing that Tantie had no hair on her private part. Anne-Marie noticed Zoe looking, to Zoe’s mortification. “Jack likes me this way,” she said softly, and in a very different voice from the brazen one she had used at the museum, as if when her panties were off Tantie was a different person—as if somehow to see that her lover had enforced his will in such a degrading way took away Anne-Marie’s urbane sophistication and left a submissive girl behind.

Not just Zoe’s face but her entire body seemed to glow with shame at this news. How could a man ask something like that? How had he said it? What words had he used? She suddenly couldn’t stop thinking about what her own private part looked like, with its sparse golden curls that seemed nature’s way to hide away a girl’s shame.

I’d like you to remove the hair between your thighs for me.

Good girls bare their secret lips for their lovers.

What was happening to her? Why couldn’t she keep from imagining these terrible, lewd things?

Anne-Marie smiled a very soft, enigmatic smile. “I think he likes me to feel like my con is visible when he takes down my panties.”

There was so much in these words to make Zoe’s face burn. Con sounded so… wicked. Even if Zoe hadn’t known from the context exactly what Tantie meant, she thought she could have guessed just what the unfamiliar word meant from its naughty sound. When he takes down my panties. Not when my panties are off, or even when I take off my panties.

She wanted to ask so much, but all she could say, again, was, “Why?”

Now Tantie laughed. “Listen, as I told you to do. I think you will begin to understand.”