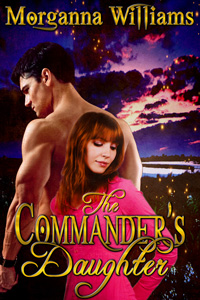 Twenty years ago, Ramelians came to help earth in exchange for brides for the Ramelian warriors. It had been a successful venture and now there was little need to harvest brides, as so many earth women had volunteered to be paired with a Ramelian male.

The world went through a lot of changes after the Ramelians first came to the planet. Most of the humans began taking vitamin shots to improve their health and longevity, and they lived in homes with air specially filtered to Ramelian specifications.

Thankfully, the need for protective domes over their homes had been extinguished when Ramelian scientists invented a new filtration system capable of removing all the toxins from the air and replacing them with antioxidant rich nutrients, mimicking the Ramelian atmosphere.

As a result, most earthlings were disgustingly healthy, and once they reached about twenty-eight years old, they didn’t appear to age.

Captain Liam Denaé paced outside Commander Treenan’s office, as he waited for an audience to report for duty. Liam had been sent by the high council to assist with the training of earth recruits for the protection of the planet.

As he waited, a woman began yelling from inside the office. “Daddy, it’s not fair! Griffin and Braeden went to Ramel!”

“Griffin and Braeden are warriors, Melody. You are my daughter,” was the firm reply.

“I’m still an adult! I should be able to travel and see a little bit of the world.” The voice rose a little, obviously trying to wheedle a more desired response.

“Young lady, the subject is closed.” A stern note entered the deep voice.

“Sometimes you are impossible!” the woman screeched and the door slammed open. A curvy feminine shape barreled toward Liam at full speed before he could announce his presence.

“Melody, come back here!” A large Ramelian, whom Liam assumed was Commander Treenan, followed her out the door with clear exasperation.

The young woman slammed into him and bounced backwards to land on her delightfully rounded bottom with a cry of dismay. Big green eyes glared up at Liam and something seized in his chest.

He stared down at her in shock, taking in the disheveled strawberry-blond curls swirling about her delicate features. The commander’s daughter was his mate.

“Don’t just stare at me, you big oaf! Help me up!” she barked up at him demandingly.

“Melody, you will not take your ire at me out on a visitor to our home.” The commander leaned down and lifted his daughter easily to her feet. “Apologize.”

The girl had the grace to flush guiltily, but then firmed her chin and glared at Liam again. “Fine, I apologize.” The tone of her voice indicated she was not sorry at all for her rudeness.

Obviously, once they were mated Liam would have to work on her manners. Liam moved toward her quickly, placing a finger beneath her chin to lift her eyes back to his. “Such a sour expression does not belong on such a beautiful face. Your father only looks to your welfare, as he should.”

At first the comment about her beauty seemed to soften the girl’s features, then the rest of the words sank in and she scowled up at him, jerking her face from his hand. “The expression on my face is none of your business. How dare you listen in on my private conversation with my father?”

Liam smirked, “It is hard not to hear a private conversation that is being screeched at such a volume.”

“Screeched! You are a complete…”

“Melody!” the commander interrupted her tirade before she could finish. “Find your mother and tell her you have been assigned kitchen duty as a punishment for the remainder of the day.”

“What? I hate kitchen duty!” Liam watched with interest as his mate actually stomped her foot at her father. Though it was not an action he would allow without punishment, Liam actually found her pique quite adorable.

“Do as your father says, young lady. You work hard at digging yourself a deeper hole,” Liam instructed.

This time two pairs of eyes swung his way in surprise.

Melody gaped at him, her mouth opening and closing like a fish out of water as she struggled for the words to properly express her anger at his high-handedness.

The commander eyed Liam speculatively, then firmly took Melody by the arm and led her to the door of his offices. “Go now and find your mother, young lady. I won’t discuss this with you further. This is neither the time nor the place for tantrums or planning your future. These are discussions better left for our living quarters.”

The girl left, contenting herself with a final glare at Liam before storming out the door.

Commander Treenan turned to face him. “You are Captain Denaé, I presume?”

Liam snapped to attention, belatedly remembering this was his commanding officer. “Yes, sir.”

“Come into my office, captain.” Liam followed the commander as he walked into his office and sat down behind a large imposing desk.

Liam sat down in the chair the commander indicated and looked expectantly across at the large warrior.

“I know I just arrived but I feel it’s important to tell you that…” Liam began.

“My daughter is your mate,” Commander Treenan finished for him.

“Yes, I didn’t realize I was so obvious,” Liam said, a flush filling his features.

“To me perhaps, but not to Melody. She’s very young; I would ask that you give her a little time before claiming her. My daughter is only nineteen years old.”

Liam frowned. “I have waited a long time to find a woman to call my own.”

“I understand, captain, but I would ask you to consider that this will be a difficult thing for my daughter. She is still learning who she is without her brothers by her side; her mother and I had hoped she would have a few years before she was mated,” the commander explained.

“I cannot wait years to claim my mate,” Liam said, not a little shocked by the request.

“Not years, captain, just a few months. Get to know my daughter naturally, let her get to know you and develop a bond. I think if things aren’t forced, your mating will be much smoother,” Commander Treenan explained.

Liam considered his commander thoughtfully. There was merit in getting to know Melody before claiming her; he nodded in agreement. “I will wait to claim her, but I request a modified assignment. I would be her guard until we are mated. I can give her time, but I will not allow another male to guard her or leave her without escort.”

“I believe that is a reasonable request, captain.” The commander stood and held his hand out to shake Liam’s in the typical greeting of earth males. Liam had learned this custom in his studies. “I think since you will soon be my bond son you should call me Grayson in private,” the commander said with a smile.

“Please call me Liam,” he grinned back at the commander, pleased he would be joining such an esteemed family.