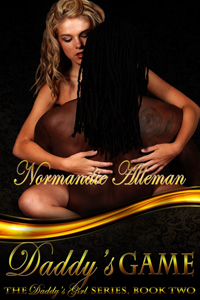 “The true object of all human life is play.” – G. K. Chesterton

Carmen’s stomach turned over, and she searched the office for a wastebasket in case she needed to throw up. The idea of people viewing her artwork made her queasy. She knew she was supposed to be proud of it, to want to show it off—but she didn’t.

What if it sucked? What if people hated it, laughed at it even? Then there was the possibility nobody would show up. The idea of that made her feel worse.

That sinking feeling grew and she wondered who could be at the door. Carmen had barricaded herself in the office that belonged to Gustav, the gallery director. She’d slunk down on the floor, now practically hidden behind his desk.

Gustav had called for her to come out twice, but she’d refused, mumbling something about feeling sick. He must think she was nuts.

She sat on the cold tile floor, hugging her knees and ignoring the knock at the door, willing the interloper away. Eventually, whoever it was retreated.

Pretending to be invisible, Carmen listened for signs of how the event was going. The occasional laugh drifted over the walls, and the sound of glasses clinking together punctuated the dull hum of conversation. At least some people were here, but unfortunately, she had no way of knowing what their reactions were to her art, and clearly Gustav had given up on forcing her to be sociable.

Before tonight, her artwork had been private. She’d sold paintings to friends, given them as gifts, and this past year she’d even branched out to selling on Etsy, the online store for handmade items. Her New Year’s resolution six months ago had been to take her passion for her artwork and turn it into a business. However, when she’d made that goal, she hadn’t anticipated the terror she would feel when faced with showing her artwork to the public. The idea of strangers judging her made her feel naked and exposed; after all, her artwork was a piece of her. A ripple of nausea moved through her stomach and beads of perspiration formed along her hairline.

Another knock at the door. “Carmen! Carmen, are you in there?” Gustav’s voice was tight and high-pitched, as though he’d been pushed to his limit. “I have clients out here who would like to meet you. Important clients.”

Oh, God, just what she needed. Having to smile and make nice while trying not to vomit on Gustav’s VIP clients. She rose on shaky legs and smoothed back her unruly curls. Adjusting her crimson-colored dress, she strode over to the door. “Just a second.”

Breathing deeply, she opened the door to find Gustav nervously holding court, a crowd gathered around him.

“Oh, I… I didn’t realize…” Carmen gulped. She’d expected Gustav to have one client with him, perhaps a couple. The group of fifteen or more people intimidated her.

While there were over a dozen people in the crowd, Gustav introduced her to only one. “Carmen, this is Natron Dakers. Natron, this is Carmen Harris, our star of the evening.”

Carmen shook hands with the tall black man. His hand swallowed hers, his grip firm but not painful. She was about to protest Gustav’s labeling her a star, when it hit her—this was Natron Dakers. The famous wide receiver for the Dallas Vipers. Last season’s MVP and spokesperson for more products than Carmen could count. The man had his own shoe line, his own cologne, even his own toothpaste. Her three younger brothers couldn’t shut up about him.

“Like the red. Nice choice,” Natron indicated her dress.

“Oh, thank you.” Dark red, color of the Vipers. Of course he’d like it.

“Excuse me, I see someone I simply must say hello to,” Gustav said before rushing off. Carmen stepped into the larger gallery space with Natron at her side. The rest of the group melted into the background and Carmen realized most of the hip-looking crowd were part of Natron’s entourage.

“I really like your work.” Natron scanned the large portraits that hung in the gallery before resting his eyes on her. “I’d like to cover my walls with your paintings.”

He laughed. “Yeah, you seem surprised.”

“I just, well… this is my first time showing my work. In public.” She snatched a glass of champagne off the tray of a passing waiter for her dry mouth, forgetting her stomach troubles.

“Get out!” He nudged her playfully on the shoulder with his fist. “Girl, looks like you’ve been doing this all your life.” His long, trademark dreads bounced when he moved and Carmen couldn’t help but notice how handsome he was with his gleaming white teeth and kind, gorgeous brown eyes.

She found her lips relaxing into a grin. “No, this is all new to me.” She leaned toward him conspiratorially. “I’ve been kinda nervous, if you must know the truth.”

“Well, you’ve got no reason to be nervous.” He gestured to the large group of patrons crammed into the gallery. “Apparently you’re a hit.”

She should have been offering up some fabulous sales pitch to him, but something about his warmth made her confide in him instead. “But who knows what they think? Maybe they hate it.”

He raised a brow skeptically. “Girl, you gotta be kidding me. These are some happy people, look at ‘em. They like it.” He nodded, emphasizing his point. “I like it.”

The tension in her shoulders lessened, and she could feel her upper arm muscles relax. “Are you a collector?” she asked in an attempt to shift the focus away from herself.

“Nah. But I’ve been thinking of investing in some art. My agent, he’s friends with Gustav, so I thought I’d stop by, check it out.”

She nodded. “What kind of art speaks to you?”

“Shoot, girl, I dunno, but I know it when I see it. My mamma took me to museums when I was comin’ up, but I didn’t pay any attention. She wouldn’t let me bring my ball inside, so I was usually pouting and counting the minutes ‘til I could get back to playin’ ball.”

“Really? You wanted to bring your ball?”

“Yeah. Guess they didn’t want me breaking something in those fancy places so I always had to leave the ball outside.”

“Any kind of ball. Basketball was my first love. Dribbled everywhere I went. Mamma says I slept with my basketball from the time I was a year old.” He paused and let his million-dollar grin spread from ear to ear. “Guess it worked out for me.”

“I’ll say,” Carmen said. Natron was cocky, hovering close to arrogance. But hell, if she was as big a superstar as he was, who knew how she’d behave?

“You’re pretty cute, ya know that?” Natron winked at her and suddenly she felt as though she were the only woman in the room.

Her heart fluttered in her chest and her cheeks must have flushed the color of her dress. He was flirting with her! Unable to keep the corners of her mouth from giving her away, she looked away, flustered.

He elbowed her lightly in the ribs. “Whatcha doin’ afterwards?”

“Oh, I’m, uh, I have to help clean up,” she stammered, wondering why she was lying.

“Me and my friends here, we’re going out for dinner, maybe have a little fun. You’re welcome to come with us.”

“I couldn’t, but thank you anyway.” The idea of going out with Natron and his posse was overwhelming, surreal. His friends were chic and radiated an aura of nonchalant cool that Carmen had never been able to master. And while she couldn’t see herself doing that, the invitation was flattering nonetheless.

“Suit yourself,” he shrugged. “I’m goin’ to talk to Gustav about gettin’ some of your work, though.”

“Please do,” she said, hoping she didn’t sound like she was begging.

Natron backed away from her. “I will. You’re a talented girl, Carmen Harris. I’ll be watching you.” He made a box with his fingers, then blew them apart as if there’d been an explosion. “Breakout star right here.” With another wink, he turned and gathered his crew.