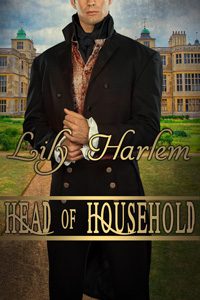 Liz Moray slipped her Kindle into her rucksack along with an apple, a chocolate bar, and a bottle of flavoured water. She intended to enjoy the warm spring day hiking and reading in the Yorkshire Dales, and appreciating some much needed alone time.

The previous day, on this solo trip out of the city, she’d seen the new Fairbank Manor, now run as a National Trust property and open to visitors when the resident family were in South Africa. But, beautiful as it was, she had a desire to see Lord Radley Fairbank’s original home. It was where he’d reportedly met the love of his life, Elizabeth, with whom he’d gone on to raise a large family.

After locking up the small thatched cottage she’d rented for the week, she walked past a yellow-flowered bush that was clearly a popular choice for worker bees. The small wooden gate creaked as she opened it and then clinked shut.

Stepping out onto the lane, she looked left and right, but there was no traffic, it was utterly deserted and only the sound of birds filled the air. No London fumes to cope with here, and certainly no car horns, sirens or revving engines.

But instead of wandering up the lane, she simply crossed it and climbed the wooden stile set in the hedgerow. After checking her compass to remind herself of the northwest route she needed to take over sheep-scattered fields, she headed off.

This vacation was doing her good after the disastrous end to her relationship with Daryl. He’d been a liar and a cheat and pulled the wool over her eyes for nearly a year as he’d carried on with her best friend.

Best friend. Huh. That was hardly the way to think of Karen anymore. Seriously, what kind of pal listened to a girlfriend worrying about the inaccuracies of a boyfriend’s whereabouts when all along she was shagging him stupid at every chance she got? The phrase ‘you don’t need enemies with friends like that’ definitely rang true for Karen.

Liz stomped up a gradient, enjoying the warm sunshine on her cheeks and the way her muscles were having to work. Being out in the fresh air certainly beat sitting behind the desk at her call-centre job. Well, anything beat that. It was hardly a dream career. She’d had plans to go to university, study English, and immerse herself in the world of literature and Bronte and Austen, but her parents’ ill health and subsequent deaths had put paid to those dreams.

She stopped at the crest of a hill and put her hands on her hips. Her grief still simmered within her, but she’d learned to live with it now. The tears had spilled until they’d ran dry and now, eight years later, she was thinking of moving on, emotionally and in the practical aspects of her life.

The vista was stunning. The grassy hills were vibrant green all around her, though in the distance they were fuzzy and paler as the growing heat shimmered. A lake sat to her right, its surface reflecting the azure sky. The Dales could be wild and wicked in the winter, though that was hard to imagine on a day like today when a mellow breeze fluttered through the air bringing with it butterflies and skylarks.

She smiled. It was good to smile. Healing. And she’d vowed to do it more often, the same way she’d vowed to find a new job doing something she loved, not loathed. Perhaps with children; she adored kids.

After checking her compass again, she set off, following a track the sheep had made. The grass around her was dense and coarse, and delicate pink flowers were scattered within it. She found her shades and slipped them on, then retrieved a band and pulled her hair into a high ponytail.

Working with both Daryl and Karen couldn’t continue. The thought of seeing them each day at their desks near hers was nauseating. She’d already sent off several application forms in the hope of finding something before her annual leave was up. But as yet she’d heard nothing.

Humming a happy tune, because she was determined to enjoy her holiday even if the future was uncertain, she marched down the other side of the hill. Several sheep lifted their heads to stare at her.

“Hello, ewes,” she called, giving them a regal wave.

One startled and stepped back several paces, but the others were braver and held their ground as they chewed and watched her pass.

Sheep had always been in this part of the Dales. She’d learned yesterday that Lord Fairbank had a keen eye for them and been one of the first to breed them for not just hardiness but also wool quality. He’d sold them to the mills and made his fortune twice over. Once to build his first very comfortable home, and again to create Fairbank Manor that still stood proud over one hundred and fifty years later.

As Liz continued her walk, she wondered what the lord of the manor had been like. There didn’t seem to be much personal information about him other than he’d married and had a brood of children. Details of his wife had been scant as she’d listened to the audio tour at Fairbank Manor; there was much more information on their children and their subsequent marriages and offspring.

There had been one large portrait of him, though, halfway up the grand staircase. He’d been a handsome man with dark hair, a chiselled jawline, and a nose that could have been accused of being overly large had it not been perfectly straight. For a moment she’d paused to look at him, thinking rather whimsically—as she was prone to doing—that he was like Mr. Rochester from her favourite Bronte book Jane Eyre. He had the same piercing eyes, that knowing look, and broad shoulders and big hands.

Oh, she knew Mr. Rochester was a fictional character, but after fifteen years of reading the story over and over, he’d become real in her imagination and she wasn’t complaining.

If only I could meet my very own Mr. Rochester.

Pausing to take a sip of water, Liz glanced at the time. She’d been walking for over an hour and had a feeling the ruins should be somewhere nearby.

After fumbling in her rucksack for an ordnance survey map—she had been right not to trust her phone to have a reception out here—she was pleased to note she was only a few hundred yards away.

She’d been told not to expect much when she’d asked about Fairbank Hall at the National Trust desk the day before. The burned-out home was a wreck and only housed wildlife and vegetation these days. There were no visitors, no ice-cream stalls, and no audio tours. That suited Liz fine; she simply wanted to look upon it, maybe take a photograph or two. She had an urge to see where the Fairbanks had started out, and absorb the atmosphere of their first home. As always she wanted the details of their love affair to go along with the others she held in her heart.

Not Daryl of course. That cheating scumbag could rot in hell for all she cared. He wouldn’t go into the love affair file in her heart.

Jutting above a copse of evergreens, a roof structure appeared. It was clearly dilapidated but still held a good quantity of slate tiles and a brick chimneybreast rose dormant into the sky.

Liz hurried along, keen to see just how tumbledown the house was. As she turned past the trees she paused.

Before her stood what had clearly once been a proud and substantial house. Despite it being blackened and in one section claimed by ivy, it still had four walls. Though no windows or door; they appeared long gone. The roof as she’d suspected was three quarters intact, though a gaping hole yawned darkly on the east side, splinters of the beams drooping into the main structure.

She approached, wondering why it wasn’t cordoned off, then saw a small red sign—No Entry.

Liz had never been good at following rules when her curiosity had taken hold of her, so carefully she climbed the four steps that led to the gap where the front door had once been.

A blackbird skittered past her and out into the open, taking to the air with a sharp, staccato alarm call.

She watched its fat body disappear, then returned her attention to the hallway.

It could hardly be called a hallway, though it did still hold the skeleton of a staircase. Not that she’d attempt to climb it; fire had taken away all but one of the steps.

The stone-tiled floor, blackened, was mostly covered with moss and ivy. She spotted rabbit droppings and guessed the place was used as shelter by the wildlife these days, a far cry from the bustling home with servants and staff that it must have once been.

She glanced around, trying to imagine the grandeur of days gone by. A huge chandelier had likely hung above where she stood, and in the winter, heat would pour from the enormous stone fireplace to her right, large enough to stable a horse. She figured the home must have at least five bedrooms, plus drawing room, dining room, and servants’ quarters. Fairbank Manor had been enormous, but this, Fairbank Hall, was still a very respectable size and showed that Lord Radley had been incredibly successful, even as a young man.

Stepping farther into the shade of the house, she was aware of the coolness wrapping around her bare arms. She breathed deep, the dampness lining her nostrils.

She knew she shouldn’t be in the ruins, it wasn’t safe, but she figured as long as she didn’t touch anything, she’d be okay. It wasn’t a windy day so nothing should come crashing down, unless she was really unlucky that was.

Before her was an empty doorframe. She wandered through it, swatting at an annoying fly as she went. This room was huge and the remnants of wooden panelling clung to the walls, charred and lichen-covered. She ran her finger over one and wondered if it had been a room used for elegant dining. At the far end, what appeared to be one of the few doors still hanging was open a fraction.

Liz glanced over her shoulder. It was a little eerie in the ruins after being outside in the open. Behind her the gentle breeze whispered through the huge glassless window tickling over several ivy vines. They swayed lazily as though time meant nothing to them. Which in this house, she guessed it didn’t. Nothing was happening here, or likely would for decades to come.

She reached the door and its dust-coated handle. After giving it a quick blow, she tentatively pushed it open.

As she did so she sneezed, screwing up her eyes and tensing her belly, for a moment.

“Elizabeth, where the devil have you been? The twins are waiting for you.”