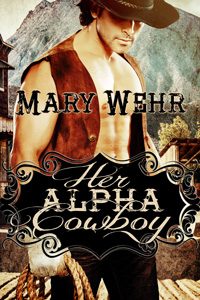 “Josephine, will you please sit still? I can’t cut your hair evenly with you fidgeting around like that.”

“But I don’t want my hair cut any more, Aunty Hedy. Can’t you talk to Jed again?”

“Now you know that’ll just cause a whole lot of fussing we both don’t need.” Hedy continued snipping away. “Your uncle feels he has good reason.”

“He spouts utter nonsense,” Josephine groused. “I’m so sick and tired of hearing that same old excuse about boys being attracted to long hair and how their wicked ways will lead me to sin. Just because I look like my ma doesn’t mean I’ll turn into a whore like her!”

Alarmed, Josephine slid from the stool, took the scissors from Hedy’s hands, and led the elderly woman to the small bed in the corner of the room. “You’re going to rest for a bit, Aunt Hedy, and I don’t want to hear any arguments. Sit for a spell and catch your breath.”

Using the heel of her hand, Josephine massaged the space between Hedy’s thin shoulder blades. Skin and bones. The woman seemed to fade away with each passing day. “That cough sounds horrid. You must see a doctor.”

Guilt assailed Josephine. This kind woman had been a substitute for her mother since she’d been eight years old and here she was complaining about something as insignificant as a haircut. “I’m so sorry for being a selfish brat. You have enough on your plate without me adding to it.”

“Come now, child, you’re no such thing,” Aunt Hedy replied, her face a startling white against the dark blue handkerchief she held to her mouth. They didn’t speak for a moment or two then Hedy smiled. “You may be a brat once in a while, but you are not selfish. You’ve brightened up my life, Josephine, and don’t ever think otherwise. Now, stop all this mollycoddling and let’s finish up with your hair. Jed will be looking for his supper any minute.”

Hedy tucked the handkerchief up her sleeve and got to her feet. “See, I’m fine, really. It’s just an annoying cough. It’ll go away in time.”

Josephine blew out a frustrated breath. It was pointless to argue. With a drag in her step she went back to the stool and sat down once again.

For some odd reason she could never take to Jed.

Even as a little girl she’d avoid him and stay close to Hedy. He kept his distance as well, which suited her just fine, but ever since her fifteenth birthday three years ago, he had taken to reminding her on occasion that they weren’t blood related. That it wasn’t his duty to provide for her.

Josephine didn’t give one wit about the status of their relationship. It was the way he’d stare at her that made her feel uneasy.

“Why do you let him treat you so badly?” she asked softly, even though she knew what the answer would be. It was always the same.

“Jed is my husband, child. I promised to love, honor, and obey him the day we recited our marriage vows.”

She reminded Josephine of a beaten woman. Beaten down by the very man who had promised to protect her and love her until death do them part.

“It doesn’t work that way, Josephine. A man labors from sunup to sundown to provide food, clothing, and a roof over his wife’s head. In turn a wife gives herself over to him completely and bears him children, preferably a son to carry on his name.”

She lowered the scissors and stared straight ahead. “I remember how happy and in love I was on our wedding day. Little did I know what kind of man I had given my heart to. I should have remained an old spinster. I truly thought he loved me.” Her eyes seemed to cloud with bad memories. “Unfortunately, as the years went by it became clear that we would not be blessed with children. I’m afraid I failed as a wife and a woman in that respect.”

“You’re far from being a failure,” Josephine remarked heatedly. “It makes me so mad when he throws that in your face. You work hard around here. Just because you can’t carry a baby to term doesn’t mean you’re worth any less. It’s probably a blessing. I’d pity a child born to a man like him.”

Josephine’s temper only soared higher when Hedy shot a worried glance toward the door. “Hush, he might hear you.”

“See, this is exactly what I mean. You’re afraid of your own husband.”

What they should do is run away. Try to build a life somewhere far away from the cruel man. “Please, Aunt Hedy, let’s…”

“Don’t ask me to run away again, Josephine. I’m too old to pick up and move. Besides, I’d made my choice a long time ago and must live with it. According to my faith, divorce is an abomination.”

She finished with Josephine’s hair and set the scissors on the dresser. “Oh, to be your age again and know then what I know now. You have your entire life ahead of you. Someday you’ll meet a nice young man and get married.”

“Humph, I don’t see that happening any time soon, at least not here in this town. My mother’s reputation as a saloon girl still lingers in the minds of the townspeople even though she’s been gone for years. The women talk to me, but I know they’d never consider me as marriage material for their precious sons. Having short hair and a nonexistent bosom doesn’t help either.”

“Don’t say such things. Your blue eyes are startling and you have such a sweet smile. Any decent man would be thrilled to take you to wife.”

“It doesn’t matter anyway, Aunt Hedy. I refuse to marry and be forced to obey some man who smokes smelly cigars and reeks of whiskey.” Josephine crossed her arms over her chest in defiance. “Marriage only gives a man free rein to push his wife around and get away with it. If I marry and that’s a big if, I will choose a gentleman who treats me like a delicate flower and puts me on a pedestal. Until then I plan on doing exactly what I want to do. Jed’s just being a horse’s ass as usual.”

“Josephine Marie, I should wash your mouth out with soap.” The harsh reprimand would have been taken seriously if not for the spark of humor in her aunt’s eyes.

Josephine giggled. “No, you won’t. You love me too much and I heard you call him the same thing a time or two when he wasn’t around.”

“Lord, forgive me for my transgression,” Hedy sighed. “Promise me something, Josephine.”

“If my time comes before Jed, you must seek out Mrs. Clancy. You like her, don’t you?”

“Of course I like her. She’s always been nice to me, but don’t speak such foolishness.” Josephine’s voice cracked with emotion. “You and I will always be together, Aunt Hedy.”

But the woman remained adamant.

“Promise me, Josephine. I won’t rest easy until you do.”

“Good girl. And remember, when you do meet that special man, try not to be so vocal with your thoughts and use coarse language. Men only marry good girls.”

“Well, then I guess I’ll just have to be a bad girl. I’ll speak my mind, swear whenever I want, and stay right here with you forever.” She got up from the stool and hugged her aunt tightly. As long as the two of them were together things would be okay.

The front door slammed shut, making them both jump.

Hedy’s reply was interrupted by a series of gut-wrenching coughs so brutal they sent a chill down Josephine’s spine. If the doctor wasn’t called soon there may not be much of a future for either of them.