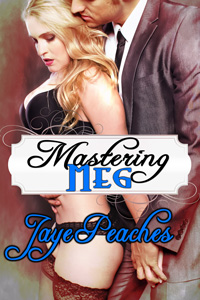 Jeremy. Pauline says his name as if they’re the best of friends already. They’ve only met once, but she knows I haven’t seen him. She made the point, the day after he came for the job interview, of prattling on about his good looks. A stunner, she said, popping a lollipop in her mouth. For a dental receptionist, she makes a terrible advertisement for oral hygiene, sucking on a mouthful of sugar. I knew what she was doing, as she licked it up and down—deliberately antagonising me, describing his ‘smouldering’ eyes, his ‘lip-smacking’ mouth and so on, until the telephone rang, interrupting her in mid-flow.

“I know, you’ve told me dozens of times,” I mutter, printing out the list of patients for Nigel Murray, the dental practice’s chief partner.

“His first day,” Pauline reiterates the obvious, staring at her computer screen. She gives her mouse a shake, then bangs it on the table. “Fucking thing,” she blurts.

I reach over and pick up the mouse, examining the underside. “It’s a wireless one. The battery has probably gone flat.”

Pauline scrapes back her chair, snatches the mouse out of my hand, and heads off to the back office in search of batteries.

I grin. She’s a computer illiterate. Good with patients, all the tea and sympathy you could possibly want, but when it comes to technology, she sucks at it as much as she sucks on her lollipops. My mouse works fine and I hover the pointer, zooming in on the list of patients for Jeremy Rawlings—newly appointed dentist in our small town’s only dental practice.

I’m stuck for the day behind the reception desk working five days a week: eight a.m. to four p.m. for two days, then eleven a.m. to six p.m. for the other three. I like my hours because I get to lie in for three days. I’m a self-confessed night owl, and I detest early starts. Today is typical; I’m not really all there as my mind isn’t wired up to rise at the crack of dawn. I yawn and cover my gaping mouth with a hand. Thankfully, the doors aren’t open yet for the first patients of the day, giving me time to let the caffeine kick in.

The telephone rings and, without checking the number, I scoop up the handset and press it to my ear.

“I’ve a terrible toothache.” The high-pitched voice shrills into my ear and I hold the phone away.

“Mrs. Pollock,” I suppress the urge to call her the derogatory pillock, “you saw the dentist yesterday.” And a week ago, which I don’t add. The woman has shiny white teeth, all straight, well brushed and quite healthy. I know, Nigel told me, but she’s persisted in trying to convince him she’s suffering the most terrible toothache. “Psychosomatic,” he muttered once within my earshot.

“I’m in pain,” she howls down the telephone.

Most people hate the dentist, some have to be dragged by spouses or parents, but Mrs. Pollock is a serial stalker of dentists. She loves them. She must have heard there is a new one in town and is hoping to have an immediate appointment with him. I have to save Jeremy from an awful fate.

“Dr. Murray has already assured you that your teeth are fine,” I snap, aware of my unprofessional attitude.

There’s a gasp on the other end. “I want to see a dentist,” she growls.

My shoulders sag and I wait a few seconds, picking at a flake of nail polish and wondering if I should arrange another manicure. “I’ve just checked, Mrs. Pollock. There is nothing today, or tomorrow. You’ll have to wait. I hope that isn’t too much of a challenge for you,” I mock, unable to contain my annoyance.

“What!” Another ear-splitting shriek of horror.

“I’m sorry, it’s a busy week for the dentists.” I lie and the deceit comes easily. I cover the handset. “Old biddy, why not hang around at the doctor’s instead.”

I remove my covering hand. “Try taking a paracetamol and ringing back later. We might have a cancellation.” I stare at the monitor, knowing there are two gaps in Nigel’s schedule for emergencies and plenty of slots for newcomer Jeremy. I’m on a mercy mission, not for her, but them.

I’ve stunned her into silence. I smother a chuckle with my spare hand. I would never had dared to say such things if Pauline had been at the desk, but her battery hunt has given me an opportunity I’ve wanted to fulfil for weeks.

A shadow looms over me. The front door is still locked, the first patient isn’t due for another twenty minutes. I glance up and leaning over the counter is a man. I swallow hard, a deep gulp of realisation, because he’s dressed in a blue tunic with the practice logo sewn on the front. He frowns and shakes his head slowly. It’s a duplicate image of the face my father pulls when he’s disappointed with me.

Hell’s bells. This must be Jeremy and he’s just overheard me being quite abrupt with a client.

“I… I’ll have another look.” I click on my mouse, and select a slot with Jeremy at ten o’clock. “Ten, all right?”

“Yes. I should report you for being rude.” Mrs. Pollock slams the phone down and I wince, lowering my handset.

“Megan, isn’t it?” he asks. I sneak a quick glance before ducking behind the counter again. He has straightened up and folded his arms across his chest. Pauline’s detailed re-imagining of him is accurate—he has a fine broad chest.

“Meg.” I clasp my hands in my lap. He knows that I know I’ve screwed up. Etiquette is all part of the receptionist’s role—polite, courteous and reassuring at all times. People don’t like the dentist, do they? But how would Jeremy know that Mrs. Pollock is not typical? I suspect Nigel, deep down, would love somebody to tell her—a time waster and a hypochondriac—to get lost.

“Meg,” he nods, digesting my correction, then he shakes his head. “Not how we should speak to clients, is it?”

He sounds like my old science teacher. I’d always struggled with science, especially physics and my technique for surviving lessons had been to mess about. “Meg Carter, see me after lessons!” Memories of that booming voice echoes in my head.

“No,” I murmur, hanging my head lower. I want to peek up and give him a closer inspection, to confirm all of Pauline’s salacious descriptions. Instead, I’m a bundle of nerves. Will he tell Nigel about my bad behaviour?

I’m not perfect. Many a man has told me to behave and show respect. Others have said other things—you’re a sweet girl, Meg, but fluttering your eyelashes won’t help you. Yes, I’m a flirter, I flash my long legs, wriggle my arse, and do all manner of eye-catching gestures, just to feel wanted. It works for the most part and gets me that attention I seek, but not always in the way I want it. I have to be good to get that kind of attention, otherwise I have to pay a penalty. Nobody at the dental practice knows how I’m treated when I’m naughty, especially how much I love it.

“Please, don’t tell Nigel,” I peer up, offering my best contrite expression. He doesn’t know me, so perhaps it will work. I flutter my mascara-laden eyelashes as fast as butterfly wings.

Jeremy Rawlings is a dish. My God. It explains why Pauline harps on about him. He’s younger than I envisaged and with dark brown hair, he looks quite… stern. It’s an austere expression, which tightens muscles in the wrong places. I clench, squishing my thighs together and concentrate on not trembling.

“Hi, Jeremy.” Pauline has saved me. Jeremy is distracted and the conversation interrupted. He shakes her hand, smiling at her stream of words as she welcomes him, asking if he wants a coffee or needs help with the computer system. All things I should have been doing if I hadn’t shown him my bratty side.

He disappears into his treatment room. A few minutes later Belinda, his dental assistant, arrives and joins him. The main doors are unlocked and the first patients queue up by the counter, ready to be booked in. The rigmarole of the day begins and I’ve no idea if Jeremy is going to snitch on me to Nigel.

I don’t get my answer, because for most of the morning Jeremy is ensconced with Nigel in the manager’s office learning about the business side of things. I can see them through the venetian blinds, sitting on either side of Nigel’s desk, smiling, talking, examining documents and occasionally Jeremy signs things. First day of work and the poor man must be drowning in paperwork.

Mrs. Pollock arrives, glares at me, and even though I’d not given my name, she knows who was on the other end of the phone, but thankfully she doesn’t complain. When she leaves Jeremy’s room, she’s glowing, her face flushed and smiling. According to the computer display for her account, he’s given her the full work-up, X-rays, the lot. Little does he know… I shake my head. She’ll be back, now she has him in her tentacles. Then, maybe, he’ll not be so unsympathetic of my intention to save him from her.

I leave at four and he’s still there in his room, seeing patients. We’ve not had a chance to talk again, even during his brisk lunch in the staff room. Pauline’s lunch break coincided with his, not mine and I’m envious. She’s married, for heaven’s sake. I’m the single one!

I gave up on boyfriends about a year ago. I discovered I’ve other interests to keep me occupied in my free time and I find them just as fulfilling, although maybe not suitable for topics of conversation around the coffee machine.

That night, curled up on my settee, watching a string of soaps, I’m tempted to text a few of my friends. However, I’m reticent. Something stops me from engaging in chat and it has to be those dark eyes of Jeremy’s. They have a familiarity to them and I dismiss the idea and go to bed. Tomorrow, I can lie in and treat myself to a little something from my personal collection of sensual aids. Then, a hot bath and off to work. A much better start to the day.