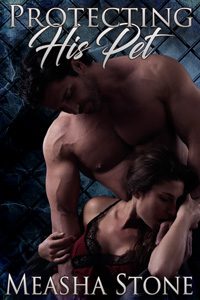 The busses were running late again. No big surprise, especially in the middle of September on a day the Cubs played at home. The game having just let out within the hour, the Addison route would be packed with half drunk or totally drunk fans making their way home.

Kara tilted her chin up into the soft wind of fall, delighting in the slight chill. The heat and humidity of Chicago summer had finally broken, leaving a more habitable environment. She hated heat above all else.

“Did we miss it?” Julie jogged up to her at the bus stop, breath heaving from the exertion.

Kara laughed. “No, it’s late. And will be crowded as hell, too.”

“I know. Damn those emergencies.” Julie pulled a pack of cigarettes from her scrub pocket and dug out a fresh smoke. Kara watched Julie light the cigarette then blow a large cloud into the air before stuffing her pack and lighter back into her pocket. “I was hoping to get out before the game ended.”

Kara looked down the street, past the line of cars waiting to get through the traffic light in hopes of sighting the bus. The eye clinic they worked at stayed open later for an emergency chemical burn, making them miss the last bus before the Cubs game destroyed traffic. “It’s times like this that I wish I owned a car.” Kara gave up trying to find the green limousine and plunked down on the bench. She sat in front of the latest photograph of the top realtor in the area.

“In the city? And where would you park it?” Julie scoffed. It was true. Parking spots were a commodity that her medical receptionist salary couldn’t cover, even in her supervisory role. “You know, you could have left. I was there, so was Dr. Conrad; you didn’t need to stay.”

“Someone needed to check the guy out and make his next appointment. I wasn’t going to leave that up to you. You technicians mess up the schedule whenever you touch it.” Julie looked at her, one eyebrow raised over the edge of the sunglasses perched high on her nose. Kara wouldn’t let anyone else handle what she considered to be her responsibility, and they both knew it. If it needed doing, she’d get it done. Leaving while there was still a patient in the office wasn’t going to happen. She’d expect any of the receptionists beneath her to stay until the patient had been fully checked out, and she wouldn’t do less than she expected of her subordinates.

A black sedan pulled in front of Kara and she sighed. She hadn’t called him, so of course he’d come to her work looking for her.

“My brother.” Kara waved at the car in explanation. “I forgot to text him, it’s our dinner night.” She waved to Tommy, who gave a curt nod and started playing with his phone.

Julie ducked a bit to look in the window. “He’s sorta cute,” she said, sucking in a drag of her cigarette.

“No, he’s not,” Kara corrected. “He’s my brother. He’s obnoxious… I’ll see you tomorrow.” Kara pulled open the passenger door and climbed into the front seat, dumping her purse between her legs before snapping on her seat belt. Tommy had already pulled into traffic before she could adjust the belt.

“You didn’t call or text,” he said, flipping the radio off and checking his mirrors. First the side views, then the rearview.

“Had an emergency, and I was cleaning up. I forgot.” She leaned her head back against the headrest. “So, pizza or you wanna go back to my place?”

Tommy checked the mirrors again then gave her a look that suggested she knew better than to think they’d go to her place. “Pizza’s good. Here, order it now and it will be there by the time we get to my place.” Tommy tossed her his phone. Tommy had a specific preference for every one of his take-outs, and all were programmed in his phone.

“Cheese okay?” she asked as she hit the pizza contact in his directory.

“You seem more tense than usual.” She tried to laugh, but the muscles in his neck were strung pretty tight and if he checked those damn mirrors again, she’d lose her mind.

After placing the order, she clicked off the call, noticing the messages in his text screen that he had left up. She quickly ran through them, her stomach clenching. The code left her mostly in the dark, because most people didn’t talk in code. People with normal jobs didn’t need to do that, they just said what they wanted to say. She put the phone back in the middle console.

“Don’t worry, Kara.” He patted her knee. “It’s fine.” He’d used the same tone and words when their mom died. She’d been ten, and things were not fine. Not then, and not now.

“Did you apply for that job I emailed you?” She tucked her hair behind her ear.

He sighed and changed lanes. “No. Kara. I told you, I have it covered. Everything’s fine. I have some cash for you, too. I know you need some new shit—at least some new shoes; look at those things, they’re beat to hell.” He pulled up to a stoplight and pointed at her feet. The once-white gym shoes were scuffed and worn, the sole on the right foot was being held together by nearly an entire bottle of superglue, but that didn’t change things. She wouldn’t take his money.

“Where’d you get the cash?” she asked pointedly.

He smiled at her, the soft smile he always threw her way when he was about to lie. That little tell had been around her entire life. She wasn’t a sucker for it anymore. Not when he swore he didn’t steal that car so their mom would have a way of getting to work without taking two busses and a train, not when he said he’d borrowed the cash from the guy next door so Kara could get a new bike, and not when he promised her he stopped doing illegal jobs to earn his cash.

“Kara, we’ve been over this.” He pulled his car into the garage behind his apartment building and turned off the ignition.

“Why can’t we go to my place? You’ve never even been to my apartment.”

“Because. It’s not safe for me to be seen there,” he said and popped his door open.

“How can this be the life you want to live, Tommy?” She slammed her door and met him at the garage entrance.

He wrapped a single arm around her shoulder and pulled her close, pressing a kiss to her forehead. “Kara, it’s the only way I know how. Now, no more. Let’s get the pizza and chow down. Devin’s supposed to be here in a couple hours, and I’d rather you be gone before he shows.”

“Devin?” She gave him a half smile. She’d met him once before, briefly. A quick hello as she left Tommy’s apartment, but she’d seen enough. He was cute—no, that wasn’t the word. Hot. Yes, that better described him. Hot.

“He works with me, Kara.” The warning in Tommy’s voice didn’t escape her notice. She didn’t need it anyway. If he worked with Tommy, she wouldn’t go near him.

“Fine.” She shoved her purse strap over her shoulder and walked down the gangway toward the building. She heard Tommy pick up a call on his cell from behind her. She rolled her eyes and headed up the stairs to his apartment.

The door behind her shut. Loud. She paused on the steps to see if Tommy would open the door. Nothing. She looked out the frosted glass, but couldn’t see anything. No shadowed figures, nothing. Her heart started to pound. “It’s fine. Just the wind,” she promised herself as she turned the knob on the door and slowly pulled it toward her.

Peeking her head out, she looked back down the gangway. No Tommy. She looked the other way, toward the front yard; not a soul. Cars sped down the street, a horn blared from the alley, but nothing from her brother. She stepped down into the small walkway between his building and the next. Her breath caught in her chest, her hand flew to her already trembling lips.

A pool of blood a few feet in front of her, followed by a trail of it going all the way to the alley. She ran, not thinking, to the alley. More blood, but it stopped right at the back gate. Tire marks, black tire marks ran off down the alley.