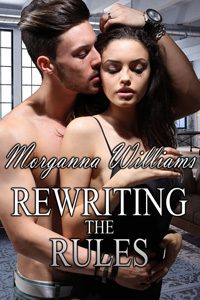 Earlier today, when I wiped the steam from the mirror and studied my pensive reflection, I was not surprised by what I saw. The spirited sparkle that used to be clear even to me was gone; I’d worked hard to suppress it and the quick wit that went along with it.

It had taken a lot of work… it’s difficult to kill your basic nature, but it can be done. The soft look that used to be on my face was also lost; a casualty along the way and my journey was almost done.

Years ago I’d smiled often, joked with friends and family easily… I hardly saw any of them anymore… too many questions of why I didn’t laugh or joke much… what was wrong with me these days?

I retreated from almost everyone I knew. It was easier that way. Easier for me to cram it all, everything that made my life hard—my passion, my laughter, my soul—into a deep hole far away from the light of day where I didn’t have to deal with people.

Unfortunately, in the process of looking for the dom of your dreams other needs are woken. Things you don’t even realize are inside of you. You discover that beneath your laughter and ready smile lurks a sexual beast you’ve never met… one that hungers for dark and dirty things best not discussed in the light of day.

Is it fortunate or unfortunate to meet the wrong dom for you but one that is still capable of waking the beast? Wouldn’t it have been better to leave the beast sleeping than to have a taste of what it brings to the table and then have it snatched away, leaving you in a constant state of aching need you don’t think you’ll ever escape? That can take a person to the brink of madness. At first you try… you think “someone will want me… someone will love me… I’m not that bad… or am I?”

No one wants a sassy or disrespectful sub… especially one with a penchant for disaster. That lesson finally learned, attempts are made to change… to become the type of sub a dom will want someday.

You learn, you’re always respectful and obedient… the witty quips and comebacks that used to make people laugh and the spark of mischief once so ingrained can be locked deep inside if you try.

What’s left is a quiet, respectful sub… still eager to please… to take pleasure in being pleasing… but somehow without the spark you are now invisible, because what’s left is an empty shell with no substance. Still no one wants you… you are alone.

Eventually, you give up… why try?

Am I bitter? No, not really, I’m not even sad… it is what it is… life is what you make it and sometimes the world of make-believe is a much better place.

I give it all to my stories; all the pent-up passion, the spark, the laughter, and even the love… it comes alive again in the characters in my mind, and in their world, full rich lives are lived.

They say you can’t close Pandora’s Box once it has been opened. The box that holds all your passion and need for those dark and dirty things… at first you think it’s not possible that you will ache and hurt with need forever… needs that can be partially assuaged by a little battery-operated play time… but those too can be tamped down.

All the battery-operated toys have to go first and you can’t touch yourself, even when you want to come so bad you’re almost in tears. Ignore it… it’s necessary to kill this part of yourself too if you want to survive.

It takes time… a lot of time but eventually the need goes away if it’s completely ignored long enough. It’s kind of like plants without sunlight… at first they reach and reach trying to find some warmth but when none is forthcoming, they wither and die.

Passion as it exists in real life can wither and die too if you work hard enough to kill it; then it can be locked back in that little box of Pandora’s, never to see the light of day again.

Yes, you can close Pandora’s Box after it has been opened; it’s hard but you can do it. I did.

Once it’s done you can survive… the hurting stops and the unsettled feeling in the pit of your tummy… the part of you that needs love and nurturing… it’s gone too; there is no need in my world.

No passion… no love… no laughter… no people except of course the ones in my head.

I’m alone but I don’t hurt because I killed my soul.

Donovan reread the entry three times and shook his head. Aurora was a problem. He’d only been her editor a short time; they’d never met in person because she refused to come to the office.

The three times they’d spoken on the phone, the woman had been borderline rude. She’d listened to his critique of her latest chapters, then blasted him and argued every point. Her emails in response to suggested revisions were terse. Aurora Kane had the people skills of a pit bull, at least with him.

According to Jenny Wright, the head editor, she was always the soul of politeness with her on the phone.

This one was more of an online journal. Though her books were BDSM-themed, Donovan hadn’t assumed she was truly a submissive; lots of writers in the genre weren’t into the lifestyle. But the journal he was reading belonged to a natural submissive… an angry bitter submissive… one who had obviously been hurt and was trying to deny her nature, but a submissive just the same.

The journal post was almost four years old but it still explained what was happening with her writing. Denying that part of herself was starting to affect her ability to describe sex scenes with any depth. She was so divorced from her own sexuality she didn’t see that the scenes lacked connection and passion.

He’d read each and every journal entry… all of them had been written with a dispassionate air but he could read between the lines.

She believed she’d succeeded in eradicating her inner submissive but she’d only managed to make her go quiet. She was far too angry to have found any real peace; Ms. Kane was fooling herself to think differently and soon it would bite her in the ass. She wasn’t going to be able continue denying such an intrinsic part of herself indefinitely without serious repercussions.

Donovan smiled grimly; it was time for them to meet face to face. The last time they’d spoken on the phone, Aurora had been her terse, argumentative self; actually she’d been a brat badly in need of a spanking. The dominant in him had reacted to just her voice on a visceral level. From everything he’d been told she was a reclusive writer who barely left her house. Her journal entries backed that up; she was hiding from the world in an effort to keep herself safe from further hurt.

It was time to drag Miss Aurora Kane kicking and screaming back to the land of the living and Donovan had a hunch he was just the dom to do it. Something about the woman pulled at him… as a dominant he was unable to leave a submissive in that kind of pain without intervention; as her editor he needed to fix the problem; as a man he found she was a puzzle he needed to solve and he was drawn to her more than he had been to any woman in a long time.