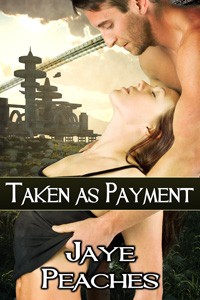 They’d put something in her drink, something that made her slumber in a dreamless sleep. She’d been too thirsty to refuse it and gulped it down, draining the beaker in one go. When they shook her awake, her legs ached and her mind was muddled. Dragged out of her cell by the guards, it wasn’t until they reached the room at the end of the corridor that she fully woke up. The grating, made from dull metal, was fixed to the far wall and in the four corners, there were the restraints to which she’d be bound spread-eagled.

“No,” she murmured, horrified. A single-tailed whip, a long slither of thick leather, hung from a hook. “You can’t do this.”

There were two men in the room with her and both chuckled. “Let’s get these clothes off, shall we?”

She felt faint, overwhelmed with despair. Why had she run away? Had things been that bad? “Please. Don’t do this.”

They answered her by pulling off her clothes. One snickered, grabbed her ankles, and yanked down her panties, removing her last shred of dignity. The cold turned her skin to goosebumps and she tried to cover her breasts and pussy. Naked and shivering, she wondered if one last fight with her fists and teeth might at least make her feel better, even if they cost her more lashes. Holding in check her unshed tears—tears of anger and hatred—she tried to regulate her breathing.

“Up against the grating, spread yourself. You’d best be quick. The quicker the better, my advice.”

She screwed her hands into fists and gritted her teeth. Dammit. She had been a champion wrestler in her teens. She could give it one last go before they forced her to comply.

The door swung open just before she let loose her clenched hand.

“Wait up.” The third man, another guard, waved at his colleagues. “She’s been claimed. He’s come for her.”

She froze to the spot, her stomach tightened into knots of twisted emotions: anxiety and relief. She could understand why the former was present. The latter confused her. Why did she want him to save her from the whipping when he would probably want to punish her himself? Then the obvious reason leapt out—if he spanked her, it would be justifiable, unlike this charade.

She turned to face the door, awaiting his arrival. For the first time, he would see her bared body.

She squeezed her sister’s hand tighter until Mia squealed, “Iona, you’re hurting me.”

They stood in a row of young people. One of three rows at the front of the town hall. Before them, on a raised dais, Mayor Beorn lifted up his arms, trying to quell the noise of the crowd. Behind Iona and her sister, crammed into the confined space, stood most of the population of Commune Twenty-Six. The crowd amounted to several hundred people and given their mood, they weren’t in a hurry to cease chattering. Beorn waved his arms about and hollered for silence.

Eventually, the hubbub died down and Beorn cleared his throat. “My people. Thank you.”

“My people, what rot,” muttered Iona.

Iona wanted to scoop Mia up in her arms, just as her father often did, and hold her in a protective cocoon. She was proud of Mia’s bravery, especially as her sister was small in stature and only present at the front of the crowd by virtue of a birthday the previous week. Eighteen years and one week old, poor Mia had no choice but to accept her destiny along with Iona and dozens of others aged between eighteen and twenty-five.

Beorn raised his hoarse voice. “Fate has brought us here today, most regrettably. After a long period of good fortune in this commune’s existence, poor harvests and low prices for corn have resulted in a massive shortfall. I regret to inform you, our finances are too stretched to pay our taxes.”

There was no terrible gasp of surprise from the audience; people had known for days that the commune’s coffers were empty. Iona growled under her breath, stemming the desire to denounce the abominable Beorn, but her father had warned her to stay quiet and accept what awaited her and Mia.

“Therefore, I present to you, Chief Inspector Xane, collector of taxes for Mesos.”

Mesos! Chandros was the only city on the island of Mesos and the only place where the money went once collected. Iona peered between the shoulders of the two men who stood in the row in front of her. From the back of the dais, from out of the shadows, stepped a tall man with short black hair—Inspector Xane—and beside him, two of his henchmen, no doubt there to act as bodyguards.

Xane typified a citizen of Chandros. As well as his obvious height, he had the light eyes, almost silvery in nature and quite like Iona’s. According to Mia, who’d met the vets from Chandros when they’d come to cure the sick pigs, it was a common feature of the city dwellers. Iona had dismissed Mia’s description, but now as she snatched a glimpse of his bright eyes, they did appear amazingly light, just like hers and her mother’s. He also held himself upright, with a strong bearing and firm jawline. Most men of the commune were stocky in build, and used to hard labor in the fields, whereas the three men standing on the platform bore themselves like soldiers, straight-backed and square-shouldered.

The inspector waited, his hands tucked behind his back, as the crowd continued to rumble. He scanned from one side of the room to the other, and the conversations dried up under his penetrating gaze.

“People of Commune Twenty-Six,” called out the inspector. His voice carried easily over their heads, deep in character, but not booming or harsh. “I came today to claim the taxes due. It is to my great disappointment that this industrious farming community has failed to deliver, again, and must therefore pay the forfeit warranted on these occasions.”

Everyone held their breaths as they waited to hear the verdict. Six had been a common speculation. Eight had been spoken with dread and four with blind optimism. Iona pressed Mia’s hand between hers until Mia winced.

“Your debt is considerable. Last year it was waived, due to your previous reliability. However, that generosity is now void. You must pay for two years of unpaid taxes.”

“What!” exclaimed Iona, as did many others in the room. The disgruntled mutterings rose in volume and Xane said nothing as he waited for the noise to abate.

“Therefore Chandros expects forfeit in the form of ten Conscripti.”

The soft mutterings burst into cries of anger and despair. “Ten!” went about the room. “So many!”

Two barrels were dragged onto the stage. “In here,” shouted Beorn across the dissatisfied crowd, “are the names of all those fit men and women aged between eighteen years and twenty-five, inclusive of those ages. The tokens bear the names, sorted by gender and placed in these two barrels. Men here, women in this one. I shall bear the burden of drawing the names and calling them out. Those selected must come forward.”

A pensive silence greeted Beorn as he dipped his hand into the men’s barrel. The round token, stamped with a name, appeared between his finger and thumb. His hand shook. “Kayne of the orchard valley.”

From the back of the hall, a woman’s voice wailed in despair. Kayne, who stood in the same row as Iona, moved. He bowed his head and walked forward, neither quickly or slowly, but rather as a condemned man.

The next up was a red-headed woman who worked in one of the commune’s stores selling clothing, which was woven from cotton plucked from the fields. She joined Kayne by the front. Beorn drew again, but this time, the man chosen punched his fist in the air and cheered. Some of the younger men liked the idea of escaping the fields and the drudgery of farm life. The city seemed much more exciting even if they were destined to clean streets or tend the city parks. On went the lottery, keeping the sisters in suspense. The eighth name came and went, then the last man was picked and Beorn turned one last time to the women’s barrel and rotated it.

Through the hole at the top of the barrel, he burrowed deep, rummaging around for longer than the last dip. Iona had a premonition, a foreboding sense of dread. Beorn had come to her a week ago, as she’d walked along the narrow road back to the house she shared with her parents and sister. The previous day, they’d been celebrating her sister’s coming of age and Iona had gone out alone to return the empty beer bottles to the recycling center. Beorn had accosted her, breathing heavily into her face and grinning. He had to stand on tiptoe to be level with her eyes and they’d shone brightly—he’d been drunk. He’d grabbed her about the waist, just like the last time he’d caught her unaware as she’d examined the heads of corn in one of the fields she’d been monitoring. The second time, she’d pushed him away, and he growled back at her. “You’ll rue the day for turning me down, Iona. A good wife you’d make for me. Why not let me court you?”

She’d screwed up her face and spurned him, as she’d done on previous occasions. “Leave me be, Beorn. You’re not my type.”

“Nobody’s your type, Iona. Accept it. You’re too different.” He’d glared at her before marching away.

Now, she realized, watching his gleeful eyes read the name on the token, she should have waited until after the inspector’s visit before giving him the final brushoff.

“Iona of the cornfields.”

She kissed the palm of her sister’s hand and let it go. Without turning around, fearful she might catch her father’s eyes, knowing he observed the proceedings from the back of the hall, she strode forward to stand with the other nine.

“People. Let us give thanks to our Conscripti,” bellowed Beorn, clapping his hands. “May they go forth and serve the Chandran well in our name. Then, when we have cleared our debt, we will welcome them back into our commune as heroes.”

The clapping was feeble at first, then somebody, sensing that their fate was sealed, roared a cheer. The names of the ten were shouted about the hall until voices grew hoarse. As the chanting continued, the inspector’s men escorted Iona, along with the other nine, to the back of the stage and from there to the transport copter, which hovered ready to whisk them away. No time to say farewell or to pack because she wouldn’t need luggage nor would be allowed to take any. Everything she needed would be provided by the Chandran, so she’d been warned before assembling. If she tried to see her family for one last embrace, she might be tempted to run or hide.

“It’s better this way,” Beorn said, as he hurried the small group along the path to the hovercopter. “Good luck,” he said as Iona climbed in alongside the others.

“Luck?” she snarled back at him. “I’ll remember what you did, Beorn, and luck had nothing to do with it.”