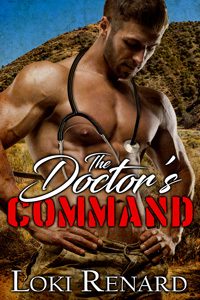 The embarrassment in question, Chloe Smyth, was very pretty in a girl next door sort of way. She had built her career on a wholesome sort of beauty that reminded the people who saw her in movies and on television of the notion of the good old days. She had full cheeks and a bright smile and the sort of complexion that evoked apple pie and fields of grain and flags flying in freedom’s breezes.

Chloe was known for her big melting brown eyes that spoke to innocence, cascading blond waves of hair and perfect skin—well, skin that looked perfect under layers of foundation and powder and the right kind of lighting. At that moment her eyes were hidden behind big sunglasses. She had been up all night crying, but it would not have done to show that. That would have been like blood in the water to the cameras and paparazzi that were lurking in every corner of the world.

After a gritty climb up Hollywood’s hardest ladders to fame, becoming a household name, a role model, and for some, a beacon of hope that traditional, elegant femininity had not been lost in a mess of girls wearing meat dresses and riding bits of construction equipment, America’s sweetheart had fallen from her pedestal. Hard.

Her agent was pacing back and forth in front of her, his elegantly coiffured hair bouncing and tossing in agitation. Being lectured by Chase was much like being lectured by a fabulous pony of some kind, snorting and stamping included.

Chloe would normally have had something snappy to say back to him, but loops of her drunken Periscope had been playing on Entertainment Television Today over and over all morning. Chloe didn’t really remember saying half the things she’d said, but there was no saying that her Twitter account had been hacked this time. This time it was her face, and her words coming out of her mouth.

“Look at this!” He turned the television on, staring at her, not the TV. He didn’t need to watch. Nobody did. The entertainment channels had been playing nothing else for the better part of twenty four hours.

“Chloe Smyth melts down over Hollywood!” A high-pitched woman whose face was pinched with disapproval practically screamed the headline down the camera. She lowered her volume slightly, but only very slightly as she unloaded the biggest story in celebrity news since an heiress went to jail. “In a twenty-minute rant against the most influential people in Hollywood, Chloe Smyth elevated her stardom to infamy, insulting everyone from her fellow starlets to the directors, producers, and studio heads who gave her her start. Actors and actresses from A to D list are condemning her statements as ungrateful and…”

Chloe reached over and snapped the television off with the remote. It didn’t stop the tirade.

“We had three studios with offers for you,” Chase said, flailing his hands skyward. “They were bidding against one another. Do you know how many are bidding for you now?”

“Zero,” Chase growled. “None. You’re a liability, Chloe. How many times have I told you, America’s girl next door can’t get away with being messy? You’re supposed to be a role model.”

“You don’t have to be perfect, but you have to at least pretend to be and let other people think you are,” Chase said. “We’re selling an image, Chloe. Don’t you understand?”

She did understand. Maybe that’s why she’d done it. Maybe she was tired of being America’s sweetheart. Maybe she wanted to be bad. Maybe she wanted to make people gasp in shock. Or maybe, just maybe, every asshole she’d had something to say about deserved it. Maybe it was time people heard what it was really like to work in Hollywood and to put up with sleazy studio heads and even grosser directors.

She sat there with her arms folded over her chest, sullen and silent under Chase’s angry glare.

Meanwhile, in a small Hollywood studio…

“We’ve got a new option for the lead actress.” A man with dirty blond hair and glasses practically tapped his heels together with glee as he burst into a darkened room where another man paying even less attention to his attire was staring at several screens, adjusting minute details with his mouse and keyboard.

“Mark, we can’t afford Chloe Smyth,” the man with the keyboard sighed. “Her fee is bigger than our entire budget. Besides, we’re making a film about war. Not a feel-good teen drama where some girl realizes she’s been in love with her best friend all along.”

He opened a video on his tablet and the pretty all-American face of every teen rom-com of the last five years began to speak:

“First of all, whore,” Chloe slurred angrily, a cigarette held between two fingers, her signature cascade of blond hair messed up and flat even under a ball cap. “Ish not my fault if all these whores are… you know who…”

“It goes on like that for the better part of an hour,” Mark said. “She calls every director and studio head in this town out for… well… everything. The news is going nuts on it. You have to start watching the news, Roger.”

“I’m a director. I direct,” Roger said with a sneer. “I don’t… watch news. I don’t need some corporation engineering their agenda down my throat. I’ve got my own eyes to see the world. That’s why we’re making this picture. Real stories. About real people. Not some snotty Hollywood brat who throws tantrums to get attention.”

“This film needs a big name lead actress,” Mark replied. “You know it does. We’ve got a unique script, we’ve got a real life hero who actually looks good on film, and we have a story that people will remember forever. But without a name, we’re fucked. Chloe Smyth just fell into our lap. She’s hot and she can actually act. Let’s get her.”

The door slammed as Chase came back from pacing around the house. “Put the donut down,” he snapped at her. “An offer just came in. And you’re going to take it.”

Chloe dusted sugar off her fingers and shrugged. “What’s it for?”

“Who cares what it’s for? If it’s for ass cream, you’ll take it right now.”

“You’re famous. You blew all your cash on this house in the hills, five Ferraris, and a pony. You’re living on credit, Chloe.”

“Well, at least I won’t be homeless,” she smirked. “Or horseless.”

“You’ve got debts out your ass,” Chase fumed. “So do I! We were banking on these big budget roles keeping steady for another year or two at least. Now you’ve made yourself totally untouchable, anything is going to have to do.”

“An indie movie about…”

“Indie?” She rolled her eyes and picked the donut up again. “I’d rather do the ass cream ad…”

“There is no ass cream ad!” Chase fumed. “Ass cream won’t have you! Do you know how much you’ve fucked up, Chloe? You’ve fucked up big time! This is the biggest fuck-up I’ve ever seen in the history of fuck-ups.”

“Five hundred thousand?” She scrunched up her nose. “That’s not even money, Chase. I don’t get out of bed for less than a million.”

“That was before you flushed your career down the toilet,” Chase frowned. “We’re going to have a hard time fixing this fuck-up of yours, Chloe. And it’s going to start with you taking serious, mature, art-driven roles.”

She rolled her eyes. Mature and art-driven didn’t sound like a whole lot of fun. When she heard those words, she immediately translated them in her head to ‘pretentious’ and ‘boring.’

“At least tell me the lead is hot.”

“It’s a biopic,” Chase said. “The lead is being played by the subject.”

“So I’m going to act with someone who isn’t even an actor and get paid next to nothing to do it,” she frowned. “And my trailer is probably going to suck. And you think this is better than ass cream?”

“They’ve asked us if we can meet them today,” Chase said, ignoring her snotty remarks. “I said yes. So put something sober on and let’s go.”

“My clothes aren’t drunk,” she said, smirking. She knew what he meant. He meant dress nice and wholesomely.

Chloe wandered to her room, pulled on some jeans and a slouchy sweater, and grabbed a big wide-brimmed hat to go with her large sunglasses. Going out was going to be a mission.

Sure enough, five minutes later Chase drove her out of her house and into a sea of paparazzi clogging the sidewalk.

“The neighbors are going to be pissed,” she said, applying lip gloss as the camera flashes bounced off the tinted windows. “They’re going to complain. You know they will.”

“You’ve got more to worry about than annoyed neighbors,” Chase growled. “You better be on your best behavior with this production team. They’re throwing you a lifeline, you understand? You smile, you be polite, you tell them you can’t wait to work on their movie, and you sign the contract.”

“God! Settle down!” Chloe was not used to Chase talking to her in quite this fashion. He usually had a lot more suave charm about his manner, but the stress was obviously taking its toll and his charm had disappeared completely. Gone was the flamboyant manner and the cheerfully lisped compliments. In its place was a bitter, bossy manager.

“I’ll settle down when you get a job.”