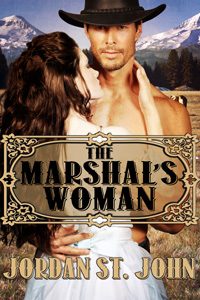 The tall, lanky US deputy marshal strode through the hall of the Federal courthouse in Portland, Oregon, responding to a summons from his boss, Sam Fielding. He’d just come off the trail after escorting a material witness in an ongoing investigation and depositing her with the US attorney. Now, it seemed, he’d be headed back out on the trail.

That was all right with him. Virgil Cotton figured he would much rather spend his time on the trail, tracking fugitives than managing prisoners at the US courthouse. He’d been a deputy US marshal for three years. It had been a natural career change for Virgil. At thirty-one he was a ten-year veteran of the US cavalry, had chased the Nez Perce, and fought under General Polk’s command in the Paiute Indian wars in Eastern Oregon. He had hunted in the mountains all his life, so his skills as a tracker and hunter were unsurpassed. With the wars over, the West needed lawmen and he had family in Oregon, so it was the natural place to settle.

His boss, the US marshal for the district of Oregon, had given him the assignment to go up to Camp Sherman and bring back a gal who could know something about recent trouble in Crook County. The name was Darcy Fell, a saloon girl up in Mill City. She’d been abducted and taken somewhere up in the mountains, but she had managed to slip away when the men were drunk and asleep, or so she said. Fielding told him she came stumbling into Camp Sherman exhausted and half starved to death, but she’d said she could identify the men who took her.

“Who kidnapped her and why?” Virgil had asked.

“She doesn’t know, but she overheard some things,” said Fielding. “Names, maybe. She doesn’t know the men, but she could identify them again. That’s why she’ll be safer here. The request came by telegraph, so we don’t know much except she could know something about the reports out of Crook County. Several ranchers are under pressure by threats and intimidation to sell out to some mysterious organization.” Sam proceeded to tell Virgil more about the situation in Crook County. “Details are sketchy but some smaller ranchers have already sold out to some unknown buyer because of the harassment from these road agents. They call them night riders because they strike at night, running off stock, damaging fences, and other mischief. The sheriff of Crook County has asked for assistance.”

“The sheriff of Crook County is my uncle, Earl Cotton.”

Sam slapped Virgil on the shoulder. “And that’s why you’re going, son. Soon as you do this other chore.”

So Virgil made the three-day ride to Camp Sherman and picked her up. Together they rode out, heading across the Cascade crest toward the Willamette Valley. And good riddance for the local sheriff, too. Not only was she a handful, but the girl was truly scared, no doubt about it. Something about these men had terrified her and she wanted no part of it.

Now barely a day later he was back in his boss’s office to get his new assignment.

“Virgil,” he said, after pouring them both a tumbler of whiskey. “Like I said last week, I’m sending you over to Crook County to assist your uncle.”

“Well, one other thing came up. The governor has a niece who needs to go into hiding. She’s the target of this criminal kingpin in San Francisco named King Kull. How’s that for a name?”

“Nope. Just arrived from down in San Fran, a week ago by ship. She’s a writer for this magazine called The Russian Hill Gazette. It seems some of her articles made her an enemy of this King Kull. No one knows his real name, but they say he’s a Russian who came over in the gold rush and got rich running brothels, gambling parlors, and opium dens. Kull is a big time criminal with an organization that has tentacles everywhere. The police and the prosecutor in San Francisco thought her life might be in danger and figured someplace remote would be safer. The governor agreed to bring her here for her own safety.”

“So what’s the problem?”

“We thought things were all right, but a few nights ago someone threw a fire bomb through a window in the boardinghouse where she was staying. The governor wants her out of Portland, to hide her out somewhere no one will look. He’s thinking of a ranch called the B-bar-B over around Tumalo Bend. The ranch takes in young women. They run a type of transition housing for ladies who are orphaned or otherwise fallen on hard times. The owner feeds them, gives them work to do and such. They even have teachers come out to teach the women trades. She’ll hide out there mixed in with the other ladies. He wants you to take her over there and then stick around to watch the place. You’ve been appointed bodyguard, son.”

“Me? Now I have to play nursemaid to some socialite newswoman?”

His boss chuckled. “That’s the job. He asked for you specifically.”

Virgil swore and protested, but Sam was adamant. Virgil had been chosen.

“Be here tomorrow at ten. You’ll meet her then,” said Sam.

The next morning as ordered, Virgil strolled into the marshal’s office. This time it was to be briefed on his upcoming assignment and meet the witness. So, the lady was the governor’s niece. Virgil shook his head. This would not be a good thing.

As he stepped into Sam Fielding’s office, his eyes settled on the attractive young woman standing by the window. She wore a stylish dress complemented by gloves and a hat. Large round blue eyes and a thin nose were framed by dark hair falling in ringlets on either side of a face that was neither wide nor thin, but which featured high cheekbones, a small mouth, and a dainty chin. She was pretty to a fault.

“Marshal, I’d like for you to meet Miss Tansy Fletcher.”

Good grief, thought Virgil. A kid. She couldn’t be more than twenty-one, if that.

“Ma’am,” said Virgil, tipping his hat. She didn’t say anything at first. Virgil saw her eyes take him in, looking him up and down, appraising him with cool detachment. Virgil stared back at her, not moving. Two could play that game. There was an awkward silence, eventually broken by Sam Fielding.

“Ahem,” said Sam. “Virgil, this is the governor’s niece I told you about. You will be her escort out to the high desert country where she’ll be lodged for a while.” He gestured with his hand. “Like I said, there is a working ranch out of Sisters. They take in young women who have had a bad time of things or run afoul of the law for petty matters. They pay them in room and board, and teach them skills. In exchange the young women help work the ranch. It’s a big spread near the Metolius. Miss Fletcher will go in as a schoolteacher for the young women. Only the owner knows the truth.”

Virgil had a question. “You figure she’s safe there? Sounds like she’s bait for this crime boss. She’d be safer in town, I’d say. And, pardon me miss,” said Virgil, addressing Tansy Fletcher, “but you don’t exactly look like the ranch type. They don’t have four o’clock tea parties on working cattle ranches.”

Tansy Fletcher stiffened upon hearing Virgil’s jibe. She blushed and fumed, then said, “I’ll have you know, Deputy Marshal, I’m fully capable of riding a horse and I worked on my uncle’s farm in Pennsylvania in the summers before I moved to San Francisco.”

Virgil frowned and shook his head. “That may be, miss, but a ranch in high desert country is no gentleman’s horse farm. If you want to see the Wild West, do it from the train where it’s safe. There are nice excursions up the Columbia River Gorge to Idaho on the Oregon Short Line. I’m sure the governor can arrange one for you.”

Tansy Fletcher’s eyes narrowed and she pursed her lips tightly at the obvious putdown. She looked just about ready to lash out when Sam held up his hands. “That’s enough. Virgil, this arrangement has been approved by the governor. You and Miss Fletcher will leave for Sisters in a day or so. Get yourself outfitted and ready. That is all.”

Virgil tipped his hat. “Then, ma’am, I’d suggest you get some clothes more suitable for the trail. All those skirts and petticoats are going to be in the way. And,” he added, “out here we don’t ride sidesaddle. And I hope you understand, out on that trail you need to pay attention to what I say. It’s not a Sunday picnic outing.” He smiled, spun around and stomped out, leaving Tansy Fletcher speechless.

This was crazy, thought Virgil as he exited the courthouse. Escorting an inexperienced, totally green city girl on a trek across the Cascade crest was not what he had in mind. He’d be little more than a glorified nanny for this gal. He supposed they would be all right once they got to Sisters and this horse ranch, but really, Miss Tansy Fletcher had no idea what was in store. Virgil decided to hit the Trail’s End for a drink or two. It might be a while before he could do that again.