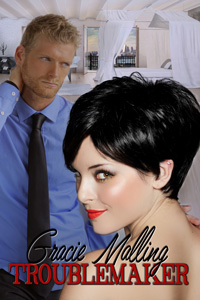 When Chris got home from work, Jo was ready. She had left the kitchen door half open and had collapsed on the sofa with her kindle, one leg hanging over the armrest in a position of studied nonchalance.

“Hey, babe,” he said, as he elbowed his way through the living room door, two canvas bags of shopping in each hand.

“Hmm,” replied Jo, not looking up from the screen.

He gave a breathless laugh. “Nice to see you too, babe. Hey… what…?” He stopped dead in the kitchen doorway.

Jo went very still on the sofa, her hands dampening as she gripped her kindle and an irregular beat pulsing in her stomach. This is it…

“Jo, you said you’d tidy in here if I did the shopping. Don’t tell me you’ve forgotten again.” There was a shuffling sound as he deposited the shopping bags on the tiled kitchen floor.

“Oh, did I?” said Jo, still staring at the kindle screen although she was no longer seeing any of the words. “Oops…”

A creak behind her told Jo that he was back in the living room. “You know you did. We only talked about it this morning. It’s still a tip in there and you’re just sitting here, reading.”

“What?” He gave another short laugh but this sounded more impatient than the last. “What do you mean ‘allowed’?”

Heart pounding, Jo tossed the kindle onto the sofa and jumped to her feet. She spun around to see Chris standing with his hands on his hips, his dark blonde hair sopping wet and stuck to his forehead, and his expression torn between amusement and annoyance.

“You think just because I only work part-time that I have to do everything around the house!” she shot at him.

“Er, who just did the shopping and had to lug it all from the car in the pouring rain?”

Jo folded her arms tight across her chest; God help her, but pretend annoyance was being rapidly overtaken by the real deal. “Oh, so you don’t even think you should do the shopping now?”

“Well, if you’re going to act like it’s some big heroic deed or something…”

Chris shook his head. “Jo, what the hell is wrong with you? All I asked was why hadn’t you tidied the kitchen.”

“Fine!” she snapped, storming past him into the kitchen. “Fine! I’ll do it now then, if you’re so desperate for me to do it right away.”

Her whole body was trembling as she reached the overflowing sink. Oh God, the bloody sink: it smelled of gone-off milk and burnt toast crumbs. The lengths she was prepared to go to… Surely it would be worth it, though? Surely he would follow her in? Surely she had pushed him far enough this time?

She wrenched the tap as far it would go so that a screaming torrent of water sprayed into the sink, bouncing off a dirty side plate and splattering the front of her vest top.

With a small scream of frustration, she picked up a mound of crusty knives and forks and flung them into the sink. The crash was loud enough to bring Chris running in from the living room.

“For God’s sake, Jo, what the hell are you doing?”

She glowered at him as he surveyed the chaos that used to be a sink.

He shook his head, his eyebrows creased in a very un-Chris-like frown. “Jesus Christ, Jo, if it’s that much of a big deal, I’ll clean the bloody kitchen.”

He went to take the cleaning cloth from her, but she yanked it back out of his hand. “No, you want me to do it, so I’ll do it. It’s obviously really important to you.” She turned back to the sink in as pointed a fashion as she could muster.

“Jo, what’s wrong? What the hell was I supposed to have done here?” He went to touch her arm, but she jerked it out of his reach.

“Oh for fuck’s sake,” he muttered under his breath. “Maybe we can talk when you’ve calmed the fuck down, yeah?”

With a sigh, he left the kitchen, leaving Jo with soapy hands, a load of shopping to put away, and the sinking feeling that Plan A had been nothing short of a dismal failure.

Chris lay on their bed with the laptop open beside him as he scanned the football results without really seeing them.

It was a mess in here too, at least Jo’s side of the room was. There were piles of unwashed clothes next to her bedside table, spewing out of her wardrobe, and blocking the doorway to the en suite. Her purple bra and a knotted collection of tights were littering the top of her bedside table, along with hair grips, clumped up tissues, and three unwashed mugs.

It didn’t make sense. She used to make more of an effort to keep the flat tidy. They had done so fairly amicably together: she’d take the kitchen, he’d see to the en suite. They’d share tidying of the bedroom and living room and had taken turns to vacuum.

But the past few months…

He wished that he could pretend that this afternoon had been a one-off, a bolt from the blue, but it was the sort of thing that seemed to be happening more and more often since they stopped being two people who lived together and had become husband and wife. Jo was still the same smart, funny woman he had fallen in love with, but it was like she had developed never-ending PMT or something. Everything he did seemed to be wrong.

Chris kept his eyes trained on the screen. “Hey, Jo, you come to chuck a plate at me or something?”

He looked up and saw Jo standing in the doorway, her head with its mop of pixyish black hair bowed and her cheeks red and blotchy.

But she hovered in the doorway, leaning against the frame, eyes still downcast. “I don’t deserve you to be nice to me,” she whispered.

“Aww, Jo, don’t be silly.” He held out his arms but she shook her head, fresh tears pouring down her sodden cheeks.

She looked so tiny, leaning in the doorway like that. Usually she wore massive heels to make up for the fact that she was only five foot one and a quarter (never forget the quarter), so to see her crouched like that really brought home how small she was.

“Come here and we can talk about it, babe. Everything’s okay.”

But it turned out that was the wrong thing to say.

“So you’re just going to let me get away with being so horrible to you?” Jo’s voice cracked with renewed sobs.

“What do you mean?” asked Chris, levering himself off the bed. “Do you want me to divorce you or something?” He tried to make it sound like a joke but his chest felt as if it were constricting. Oh God, that wasn’t what she wanted, was it?

“No, of course not!” wept Jo, as Chris pulled her against his chest and wrapped his arms around her.

“Then what?” he whispered, laying a kiss on the top of her head.

There was a long silence as Jo stood, pressed against his chest, her breath catching and her chest hitching as she cried herself out.

And then she pulled back, wiped her eyes, and stepped back from his arms. “It doesn’t matter, sweetie,” she said and her voice had that kind of quiet restraint to it that was becoming more and more apparent since they were married.

To Chris, that voice meant that he had let her down. That she wanted something and he had failed to provide it.

“Well, it obviously does matter, so why don’t you tell me what—”

“Sweetie, it’s fine,” she insisted, smiling in a way that looked almost pained. “I’ll make you something nice for tea to make up, yeah?”

But she had already turned away and was hurrying back through the living room towards the kitchen.

Chris stared after her and wondered if she was ever going to tell him what it was she wanted.