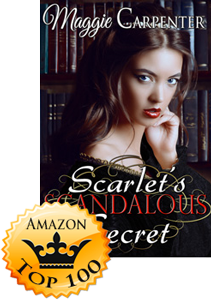 ★★★★★ Anonymous @ Amazon.com “Suspenseful, Surprising, Romantic, and Super Sexy” on March 30, 2016
This is the story of a headstrong young woman, Scarlet, and her childhood friend, Richard. Richard has looked out for Scarlet throughout their lives, and she has always seen him as her best friend. When she falls for a mysterious Prince from another land, Richard knows he’s nothing but trouble. He finds the Prince trying to seduce her, and even though the Prince is much stronger and fitter, Richard stands his ground in order to defend Scarlet’s honor. (I really loved this scene). What happens after that I don’t want to say because it might spoil the surprises, but the story held my attention from beginning to end, and the love between these two characters was truly heartwarming and romantic. A wonderful, memorable read.