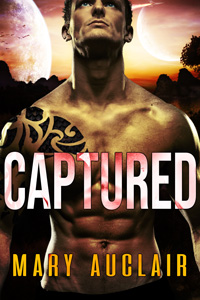 Warmth wraps itself around me like a cocoon as I open my eyes. A spectacular view spreads in front of me, the light reflecting on the calm water of the lake in thousands of white diamonds.

I can feel Rakir’s body behind me, long and large, strong. His warmth lulled me to sleep, kept me safe through the night. He’s nothing like I expected him to be. I expected an animal, heartless and soulless, nothing more than a reptilian killing machine.

He’s rough and dominating, bent on keeping me under his rule at all costs. But he’s also caring in a way I’m still not prepared to think about. I remember the way he let that terrible creature escape instead of killing it when it was beat. There was more to this gesture than any word could be expressed between us. And the way he helped me clean the prey when he saw I wasn’t able to go ahead with it. He had all the good reasons to force me to do it. Heck, he had all the reasons in the world not to even feed me. I’m not his friend, not his ally. I’m the enemy who shot him down and sabotaged his ship.

He should have killed me, but he healed me.

He should have let me starve, but he fed me.

He should have been cruel, but he was caring.

I turn around in the bed to face him and what I see leaves me breathless. Gone are the black scales. In place of the terrifying reptilian I expected to see is the stranger from my dream. His golden skin glows under the early morning light, his black hair spreads on the pillow.

How is that possible? My mind refuses to wrap around what I see. It’s impossible. How could this handsome stranger be the same as the black, scaly beast I’ve spent the last two days with?

Impossible, yet it’s true. I don’t understand it, but I know it is.

As I stare at his rugged, perfect face, feelings stir in my belly. Deep and forbidden feelings. Things I should never admit to. Things no human is allowed to feel for a Drakian.

His features are perfect. Sharp bones under tight skin, a hard, full set of lips, relaxed and almost soft in his sleep. Almost vulnerable.

Then those eyes open and I’m prisoner of Rakir’s intense gaze. He doesn’t talk, doesn’t stir as we both look at each other. I swallow as I suddenly realize I don’t see him as my enemy anymore.

His hand reaches up and he cups my cheek. I lean in his embrace, my heart breaking a little at the tenderness, the inexplicable adoration in his gesture. This isn’t supposed to be. This is nothing like the brutal, explosive sex we shared before.

“Mine,” he says the word again. It’s incredible how the same syllable repeated this many times can still have an effect on me. This time, when he says it, it sounds more like a promise than a threat.

“Yes.” I’m not even surprised to hear my voice. I belonged to him since the first time I woke up to gaze into those wondrous yellow eyes. “I’m yours.”

His hold travels to my neck and he pulls me down until my lips close on his mouth. It’s the first time we kiss, but it feels so right. His tongue darts and I open my mouth to let him in. He tastes good and clean, as our tongues explore each other.

This is nothing like before. This is not just a brutal possession. This is a communion that begins and ends with surrender.

And I embrace it.

Rakir kisses me deeply now, his mouth massaging mine, his hand holding my head firmly. I can feel the hardness of his cock on my side, a sure sign that he wants me as much as I want him.

There is no need for words between us, not even if we could communicate easily, which we can’t.

Rakir grabs my hips and lifts me over him. He doesn’t even seem to have to strain to lift me like that. I settle above his body, his fully erect cock pushing against my sex. I’m hot and wet, ready for him. I throw my head back, closing my eyes as his cock stretches me open. He’s so long and thick, I feel like he’s filling me up completely.

He doesn’t give me time to adjust to him. He begins pumping me up and down, lifting me as easily as if I weighed nothing. I bounce over him, my breasts moving in rhythm with the movement. It’s not long before I’m moaning and panting, sensations building inside me, delicious and forbidden.

Rakir stops. His yellow eyes shimmer with a dangerous glint. He’s wholly alien in this moment, nothing human in the way he looks up at me. With total ownership.

“Mine,” he repeats like a mantra, flipping me around on the bed. I’m momentarily stunned by the fast reversal of positioning, but there’s no time to protest, no time to get my bearings back.

Rakir’s weight settles over me, all hardness and power. His thighs brace behind mine as he forces me down on my stomach. I lay flat under his weight and as I try to turn and look upon him, strong fingers close on my nape.

“No.” The simple word is uttered without bite, but the total control in it makes my pussy clench with need. I long to feel him fill me again, stretch me to my limit.

A hand moves from my ankle to my chin, painfully slow as he massages my flesh.

“Mine.” Rakir repeats again, the word like a promise and a threat all into one. His hand slides up and inside my leg until he cups my dripping, throbbing pussy.

He slides a thick finger into the wet folds, gathering my juices as he slips up the crack of my ass. I whimper as his fingers slide over my puckered hole, one forcing its way into the tight ring of muscle.

“Mine.” Again. A single word for a single purpose.

He moves at my back and soon, my heart flutters with fear as the blunt tip of his large cock comes to rest at my back entrance. I feel fluid spill out of the tip of his cock, warm and slick. Some sort of lubricant his cock emits, coating the ring of muscles. I fuss, fear shooting through me that he will take me there. I’ve seen his cock, I know how large he is. I know it’ll hurt like a bitch.

“No.” My voice shakes and I try to move away from Rakir’s weight, but I can’t.

Rakir circles my clit with his wicked finger, sending throbs of need all the way to my brain, filling my nerves with anticipation and pleasure.

“Mine.” Rakir says again, his voice impossibly husky, his fingers still torturing my clit as he circles and flicks the over-sensitive bundle of nerves.

I’m crazed with need, but fear still blinds me. I’m afraid of the pain, afraid of the surrender. It’s too total, too complete. What Rakir wants is nothing short of a conquest. The annihilation of my free will.

Maybe it’s worth it, just to feel this much pleasure.

As sensations mount in my clit, my hips undulate of their own accord trying desperately to increase the feeling. I’m so close to a release it hurts.

But Rakir doesn’t make it that easy. Nothing is that easy with him.

Instead, he pushes his cock just inside. Pain shoots as the tight circle of muscles is stretched, sharp and instantaneous, increased by my fear. More of the lubricant spills inside me. I can feel its warmth as it comes inside, easing the passage of his massive cock in the delicate tissues. It’s like he can control it, willfully spilling it to ease his way in.

At the same time, Rakir rubs my clit harder. The pain mixes with the pleasure and my fear, melting them together.

In one great thrust, he impales my back entrance completely, breaching my body with his own. I cry out, the sensations overwhelming my brain.

“Mine.” This time, there’s no mistaking the claim of the conqueror in his tone.

Rakir doesn’t allow me time to adjust. He fucks my asshole mercilessly, pumping in and out with his full weight, ramming into my tender flesh. His fingers rub my clit in a fast, circular motion.

I moan and cry, my entire body threatening to collapse under the onslaught of sensation. I’m so close to a release, I’m not sure I’ll survive if I don’t come in the next minute. I might drop dead before that.

Rakir still fucks my ass like he’s some kind of feral, rabid beast. His cock is impossibly hard and large inside my tiny, puckered hole, going in and out with no mercy, no tenderness.

No, this is a time for conquest. A time for surrender and victory. A time for all the delicious sensations to cover and conquer me. To reduce me to ashes and dust.

I’m a willing victim. A woman with no will or plans. Only desire. A desire that burns through me like a bonfire, leaving nothing behind but a wasteland.

Still, Rakir pounds into me. He grunts and growls at my back, his sweaty, hot body covering mine. He’s as crazed as I am, but still, he doesn’t come.

The sensations build to a dangerous, torturous level. I’m not a person anymore. Just a lump of flesh full of need, yearning for a release that doesn’t come.

Then, when the yearning turns to anguish, when my puckered hole burns and stings from being taken so roughly, Rakir stops his circling.

He pinches my tiny nub, tugging at it in the same movement.

I scream, my mind gone in a blank. The climax works through me, building up in wave after wave until I don’t even remember my name anymore.

At my back, Rakir roars, the sound like nothing I’ve heard before. Power and pride mixed into one, ultimate and male.

My climax morphs and continues, the unstoppable waves of rapture rolling into my body, until my screams become a strangled moan. Only then does Rakir’s roar change.

He impales himself into me, deep and hard as his seed spills into my small hole, hot and burning.

My scream inflates, filling the small space of the bedroom with my voice, joining Rakir’s triumphant roar.

When it’s finally over, I don’t even know where my body ends and where Rakir’s body begins. All I know is that it’s right. It’s meant to be.

Finally, Rakir moves to my side and I growl in protest. I don’t want him to go away. Not now, not ever. He chuckles at my protest, and his hand moves up my spine, slowly. He’s savoring this, I can tell.

It’s an illusion, I know it. We’re nothing alike, he and I, on the opposite side of a war that has already spanned a generation. We can’t be friends, let alone lovers.

But right now, none of it matters. Right now, all that matters is that warm hand running up my spine and the delicious ache in my body.

“Sleep,” he says, his accent transforming the word into a deep purr.

As I drift back to slumber, I know this can’t be. Tomorrow, he will be my enemy again. But today, today he is my lover. My everything.