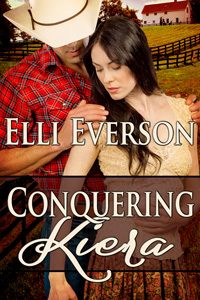 “Uhum…” Clearing her throat to change the subject, she squeaked, “Did you say you had wine? That would be awesome right about now!” She wanted to change the subject and stop her mind from wandering into dangerous territory. Something about this man had her thinking dirty thoughts and got her juices flowing. She couldn’t get her mind out of the gutter and it was so out of character for her.

“Yes, wine is a good option, although you can’t fool me into changing the subject that easily. I have a full bar if you wish for something a bit stronger.” He served himself a shot of whiskey as he spoke. “I have an apricot brandy that my sisters left and I’m pretty sure I will never find myself in a situation to drink a fruity brandy, so you are welcome to the entire bottle.” He poured a two-finger shot and offered it to her. “This will chase the cold away if nothing else.”

Watching him warily, she downed the shot and he poured them both another. She knew she would need something to bolster her tonight; somehow she knew deep down inside that he was a dangerous man and not to be trusted.

“So… love slave, I believe we were discussing. Tell me what prompted you to believe people from around here would have dungeons and take fair maidens as their love slaves? Is that a secret fantasy you’ve been harboring? Because I have to say, I’m a big fan,” he teased her.

Flustered at his intense green-eyed stare and his sensual voice, she stammered, “Look, I don’t sleep around and I’m not out for a good time, so unless you want some innocent chit-chat, I will be going up to bed.” Standing to take her leave, she felt a little dizzy as the brandy hit bottom and was having an effect on her. Holding the back of the chair, she didn’t walk off right away, not daring to try the stairs just yet. Trying again to change the subject, she asked, “Is there a phone I can use to call my family and friends so they won’t be worried about me?” She had forgotten the panicked texts she had sent and hoped they hadn’t gotten them, otherwise they may be on their way to rescue her now.

“Yes, the phone is right through that door in the office, be my guest,” he said as he cleared away the dishes and started to put the kitchen back in order while she talked on the phone. He knew it would give her more peace of mind if someone knew where she was staying. Although with the way their conversation had been headed, it didn’t mean she would be safe alone in his house by any means.

Thirty minutes later she returned with relief written all over her face. “Okay, I feel much better now that I talked to my family. Good thing they hadn’t gotten my frantic texts from earlier or they would be out searching for me right now, along with the police most likely. I want to thank you for your hospitality; the meal was delicious and you were right about that brandy, it sets a soul to rights somehow,” she said with a smile and a tilt of her head. She had an odd feeling when she looked in his eyes, like an inner glow she could only assume was from the brandy.

As if responding to some inner calling, Magnus reached out for her and wrapped his hands in her hair as he looked deep into her eyes. Finding what he was seeking, he took her mouth in a kiss that was as demanding as his need was strong. He silently asked and she gave it all to him, melting into his arms like liquid honey. While keeping a fistful of her hair in one hand, he lifted her off the floor with the other. Holding her tightly against his hardness, he felt he needed to get closer to her body, wanting to be inside her.

She was lost in his kiss. Her need was a burning force longing for an escape and seeking it from his lips. She wanted him to take her now, but couldn’t bring herself to speak. She could only feel the sensations wash over her in waves, each one infusing more heat until she wanted to peel off the layers between them. Panting and clawing at his back, hands in his hair, she pulled his lips deeper into hers and drove him past the point of no return. Pulling away from her mouth long enough to catch his breath, he growled, “Here or upstairs?” Knowing her need had matched his own, she was on the verge of climaxing. His spanking had stirred something deep inside her, something that only he could assuage.

Not waiting for an answer, he once again hauled her over his shoulder and carried her up the stairs to his bedroom. Except this time, she wasn’t fighting; she was as limp as a rag doll as he rubbed her cheeks, giving her a few smacks as a refresher along the way. “I have protection in my bedroom, but it won’t protect you from the fierceness of my need. You have awakened the inner beast in me so prepare to be devoured. I plan to fuck you hard, Kiera, up one side and down the other until we are both breathless and sated, probably sometime in the early hours of dawn,” he warned her as he laid her down across his bed.

Looking deep into her piercing blue eyes, he peeled her pajama pants down and rubbed her clit as she squirmed inside her panties. Pulling her against his chest, he tore her shirt over her head only to push her down again with his hungry lips seeking her hardened nipples.

Arching her back for more contact with his lips and tongue, she clawed at his shoulders, wanting him closer, wanting him inside her. She was losing control; he was taking everything she had and she was defenseless against him. When she whimpered with need, he finally took pity on her and ripped her panties down so he could plunder her wet pussy with his fingers. She flew over the edge as he rubbed, pinched, and spanked her pussy until she released all her deepest, darkest needs. She was glad no one was around to hear her screams of ecstasy.

With her sated for the moment, he stripped naked while she watched with vivid interest, her eyes admiring his attentive cock. Surprising her, he tossed her on her belly and began rubbing and kissing her cheeks, bringing the fire back to life inside her. He gave her a slow, hard spanking that stung, but felt oh, so good. She wanted more and she wanted it harder but was loath to tell him. She didn’t need to worry because he knew exactly what she wanted, increasing the pressure with each stroke, bringing her up once again with his masterful touch to her inflamed cheeks. He controlled the pressure just as he controlled her body; she was his to toy with. Completely under his spell, she was helpless to fight it and could only wait and take whatever he chose to give her. The pain and pleasure blended to create a vortex of need deep within her and only he held the key.

“Now, please release me now, I can’t hold off any longer, please! I want you inside me,” she begged as she rocked on the bed.

Her raspy voice was all it took to bring him to the edge. It seemed as though he had finally reached his threshold and could no longer wait to possess her and to take ownership of that dripping paradise he’d created. Grabbing a handful of pussy, he pushed her farther onto the bed and flipped her onto her back. He watched her face as he entered her, bending to kiss her only to leave her wanting more. He saw the need pouring out of her, distorting her face as she begged for release. He satisfied all her needs and some she hadn’t known existed. Finally, unable to hold back any longer, he grabbed the sides of her well-spanked cheeks and roared, “Woman, I’m afraid you’re in for a rough ride, so hang on tight.” He drove his cock deep inside her, giving no reprieve and leaving her gasping for air and incapable of coherent thought. Their bodies rocked and rose together until finally he climaxed and collapsed on top of her, growling with sated pleasure.

Once his breathing returned to normal and his heartbeat slowed down, he raised his head to kiss her lips, loving the catlike smile on her face and her limbs that were made of jelly.

“You must be a witch or a she-devil that has possessed me, I swear, woman. That was the hottest sex I’ve ever had and I’ve had my fair share of intense sexual encounters. I’m not one to brag, but what we just shared was a first even for me. Damn! Now I’m afraid I will have to chain you to my bed because I am never letting you go; you now belong to me, little one.”

Snuggling closer to his warmth, Kiera thought to herself, please do, chain me to your bed and keep me in your arms forever. 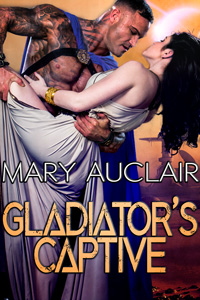