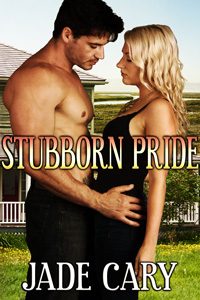 Ainsley Vaughn is in way over her head. After taking responsibility for a deadly car accident caused by someone she thought was a friend, the twenty-four-year-old costume designer is facing the possibility of spending years in jail. The intervention of Rhys Redmond Merrick saves her, but the bold, handsome attorney makes it quite clear to the beautiful, stubborn girl that she is in desperate need of a sound spanking for her foolish behavior.

Despite Rhys’ penchant for scolding Ainsley like a naughty little girl, he can’t help but start falling for her. But when she pushes Rhys too far with her reckless disregard for her own safety, Ainsley learns the hard way that his threat to take her over his knee was not an idle one.

His stern dominance sets their romance on fire, but the discovery that Rhys has a young son he never mentioned leaves Ainsley wondering if she can trust him. Will the secrets of his past and the scars of her childhood tear them apart, or can they find a way forward together?

“Now, I’m going to take this hairbrush to your bottom for lying to me. I said from the beginning I don’t like it. Now I will give you something you don’t like. Keep your feet on the floor and your hands in front of you and this will go quickly.” Believing her to be of sound intelligence, he did not bother to ask if she understood. He lowered her panties to the middle of her thighs, and without a word, he brought the hairbrush down with a resounding crack.

Now, Ainsley had begun this horrendous round two with her hands obediently flat on the floor for balance, but when that hairbrush caught the sensitive area between bottom and thigh, her limbs flew straight out and flailed about like The Flying Nun in a strong wind. Rhys brought that hairbrush down on her very bare sit spots, the absolute worst place to get paddled, as she was learning firsthand.

He ignored her and kept up what Ainsley would, for the time being, chalk up to the single most hideous spanking she had ever received. She kicked, she yelled, she cursed, and she unwisely dug her nails into his leg, which forced him to stop the horrendous barrage of whacks long enough to place her hand at the small of her back and pin her flailing legs between his. With the top of her head resting on the floor if she allowed it, his next four words positively curled her loins.

“I’m sorry! I’m sorry! Rhys! Rhyyyys!” she squealed as he brought that cursed thing she vowed to burn immediately after this nightmare was over down without hesitation across her tender sit spots and thighs.

“Good… yes… fine… ooooh, ow! Rhyyyys!” Ainsley arched her back to avoid the stinging application of that brush, and all that served to do was push her bottom up in offering. The volley of exacting wallops was excruciating and she screamed curses at him and all of his family, which he simply ignored, continuing his business until he was satisfied that his work was indeed done. Rhys set the hairbrush down with a clatter and pulled Ainsley to her feet. Without a word he marched her to a corner behind the door and pushed her into position.

“I will not…” she screeched, turning around.

“You will,” he countered, spinning her back into position and swatting her bare bottom. “Don’t move.”

“Oh!” she screeched, hopping from one foot to the other.

Fuck you, she said—in her head, of course—as she reached down to pull her panties up.

“You will leave them down. You are being punished. Face the corner and keep your hands in front of you or I’ll take those panties right off you and spank you again.”

A pool of moisture coated her thighs. Infuriated, she stared at him like a trapped fox, and when she didn’t move, he did. In two long strides Rhys was upon her. He spun the poor girl back into position and cracked her bare lower quadrant with his open palm. “Last time I’m going to say it.”

Ainsley stood in the corner like a naughty girl, having no idea how things got so catawampus. On Monday night they had gone from practically falling into bed together to not speaking to each other for a week while both sorted out the mess they were in, and with his call tonight, Ainsley had felt things were on the mend again, until she’d misjudged him. That had been a mistake she would not repeat. Her bottom end throbbed, her tummy fluttered, and her lady bits sang—bare to God and country as they were. Good God, what was happening to her?

2018-03-03
Chris
Previous: Kept for Training Claims a Top 100 Spot
Next: The Hunter’s Mate by Morganna Williams