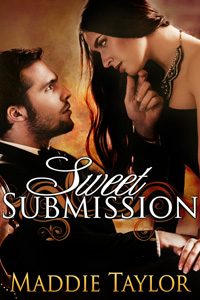 Giada Trent’s job as the CEO of a Fortune 500 company has all but consumed her, and after ten years of marriage her husband, Ian, has finally decided it is time to take matters into his own hands. She has blown off his attempts to rekindle their romance one too many times, and he lets her know that from now on she will make room in her life for him or she will find herself over his knee for a long, hard spanking on her bare bottom.

Ian’s bold dominance awakens Giada’s desires in ways she hasn’t felt in years, and soon she is blushing like a newlywed and quivering with desire as her firm-handed husband reminds her how pleasurable it can be to surrender to his mastery of her body. But just as their passion for one another starts to truly catch fire, a cruel, dishonest man who hurt Giada long ago returns to cause trouble for her once again. Can she find a way to put her painful past behind her forever before it tears apart everything she has worked so hard to build?

Publisher’s Note: Sweet Submission is a stand-alone sequel to Sweet Salvation and Sweet Surrender. It includes spankings and sexual scenes. If such material offends you, please don’t buy this book.

“Oh, my God! You’re spanking me with my own damn hairbrush?” Two more in a row on each side were his answer to more swearing. “Ian, please. Use your hand instead.”

“This isn’t a game, Gi. I decide how you’ll be punished and with what. Now be still, quit swearing like a sailor, and we’ll have this done. Then we can get on with what we started a few minutes ago.” With her wrist caught, he pinned it higher on her back, well out of the way. “And no blocking. I don’t want any unintentional injuries, only a red, hot, tender fanny.”

Then he got down to business; letting the brush fall with blistering force, he set a moderate pace as he painted every square inch of her bottom a rosy pink. He’d delivered at least twenty, when he paused to readjust her squirming, wiggling body more securely on his lap.

“Spread your legs,” he ordered, as he lowered one leg and tipped her behind up higher.

“Aren’t you done? Please, Ian, I’m sorry and I promise to follow your lead in the future.”

“I’m glad to hear that, sweetheart, but you’re only half done. Now spread your legs for me.”

“Because I told you to and I’m in charge here. Do it now.”

Grudgingly, she sniffed and repositioned her feet, her thighs separating no more than a half inch. He slid his fingers between them. “More, baby. Shoulder width apart.”

She groaned as she shifted her feet and bared the seam between her legs to his view. As he suspected, despite her protests and sniffles, she was soaked. Good to know, although that wasn’t his point. A second round on what he’d already spanked may cause her to bruise, and he didn’t want that. Instead, he targeted her sit spots and upper thighs.

As he did so, Giada yowled in protest. But he didn’t stop, wrapping his leg around both of hers to keep her still and he managed to block her other flailing arm with his own.

“Hands under your pillow, Giada, or I’ll add twenty more to the count.”

With a shuddering sob, she stopped fighting him and slumped over his lap, yielding at last. He then proceeded with the second half of her spanking until every bit of her backside was tenderized by the brush. She was crying by then, which hurt his heart, but this was a lesson a long time in coming for his badly behaved wife.

“All done,” he murmured at last as he set aside the hairbrush, as effective a tool as he always suspected it would be. His touch was light, running in soothing strokes over her very warm skin. “Let’s not repeat this. I’d rather spank you for fun and fuck you at my leisure, than have to punish you like this. Even so, I won’t hesitate to do so again if you don’t live up to your end of the bargain.”

2016-10-15
+admin
Previous: The Marquess and the Millennial by Viola Ain
Next: The Warlord’s Pet by Loki Renard