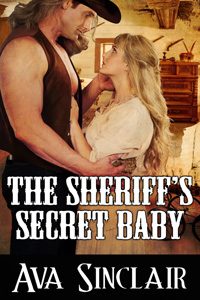 Sheriff Grant Jackson fell in love with Lydia Somerset the moment he saw her, and though she was unaccustomed to the ways of the west and surprised by his readiness to take her firmly in hand, she seemed to love him too. That only made it harder to bear when a misunderstanding prompted her to board a train headed back east without even saying goodbye.

Lydia had high hopes when she traveled west as a mail order bride for the sheriff of Silver Run, Arizona, but then everything went wrong and she ended up back in Boston, on her own and pregnant with his child. Heartbroken and desperate, she let her cruel, conniving mother take control of her life, even though it meant giving up her child.

When Grant receives a cryptic letter informing him that his wife is in urgent need of his help, he takes the next train to Boston, determined to find out the truth behind her abrupt departure. Upon his arrival, however, he quickly discovers that there is much more to the situation than he realized. Can he find a way to reclaim not only his wayward wife but his infant son as well?

Grant shut the door behind him, and for a moment, she regarded him quietly.

“You know I’ll spank you when you don’t mind me,” he said as he walked over. “But understand. I’m never going to strap you like that again, understand? I want a good life for you and me and little Adam, but I can’t beat trust into you. And I won’t.”

She walked over to him, her eyes on the floor. When she’d closed the distance between them, she looked up.

“You’re right,” she said, feeling a sudden calm wash over her. “And you won’t have to.” After a brief pause, she spoke again. “Make love to me. Please.”

She guided his hand between her legs, where fresh slickness coated his fingers.

“I’ve missed you, too, sugar.” His voice was thick with emotion, his body roiling with need. He’d just punished her harder than he’d ever thought he’d punish a woman he loved. Was it right to give her pleasure so soon after a lesson?

But the way her bottom lip quavered, the sweet innocence of her desire. Despite the fact that her bottom had to be hurting something fierce, she wanted him.

Grant led her to the bed and sat down, moving her to stand in front of him.

She stood quietly as his gaze raked her body, noting how he stared at the plush softness of her breasts that had gone from firm mounds to slightly pear-shaped twins. Her body had changed. She knew that. The nipples were darker, and her hips seemed more generous, even if she was still thin. He reached out a finger and with seeming fascination traced what looked like a reddish scar on her hip.

“It’s a mark,” she said shyly, her voice shaking as if she worried he found it distasteful, “from where my skin stretched when our babe was inside me.” She swallowed as he looked up at her. “Does it spoil me?”

He leaned over and put his lips to the mark, ran his tongue up the length of it and felt her shudder.

She put her hands over her mouth and suppressed a sob.

“Sssh… sshh,” he said. “Hey, now. You’ll always be the most beautiful woman in the world to me, no matter how much you change. You think I won’t change? You think I won’t end up with scars and lines and sun-weathered skin? Sugar, I will, but as long as you spread those thighs when I walk in the door, I’ll always feel like the luckiest guy who ever lived.”

2017-03-19
Chris
Previous: Serving the Immortals by Katie Douglas
Next: The Alien’s Leash by Loki Renard