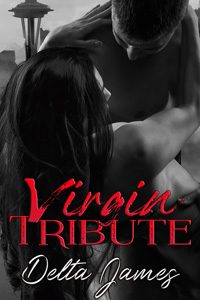 The beast protects us, but he demands tribute.

I was not asked. I was chosen. Every year, the creature who keeps our community safe requires a virgin as tribute, and every year she is thoroughly ravaged and then returned ruined for any other man. No one will tell me exactly what is in store for me, I only know he’s not going to be gentle.

But the elders underestimated me, and when they left me in the sacred clearing I took the chance to escape. Now the beast hunts me, and if he finds me I can only wonder what he’ll do to me…

“Silence! You will learn to do as you are told, and when you don’t, you will feel my displeasure with your inability to do so. You will strip now or I will strip you before I spank you. The only difference is that if you do not show me that you have even enough contrition to obey me now, instead of using my fingers in your bottom hole, it will be my cock. You’re big on being given choices, Raegan, choose!”

“I’ll strip,” she said, pulling off the makeshift boots before finishing the removal of her leggings. She slid to the side of the bed and pulled off the sweater and then her bra, handing them to him as he stretched out his hand.

Drake sat down and pulled her across his lap, trapping her legs between his. She had no time to prepare before his hand crashed down on her rump. He spanked her long, hard, and methodically. He ensured that every inch of her bottom, her sit spots, and the backs of her thighs were covered, leaving her with vivid red handprints all across them. Raegan tried to remain stoic, but her efforts failed quickly as she began to squirm and cry. Her pleas did nothing to deter him. Drake continued to spank her for what seemed like an eternity. He made sure that she felt each and every strike by moving his hand around so that no one spot became immune to the lesson he meant to teach her.

“Have you learned to obey me?” he asked coldly but with his anger still intact.

“I intend to see to that. Now get up off my lap and put yourself in position again on the bed—ass up, tits and face on the mattress.”

Raegan scrambled to comply. Her nipples were beaded and painful. Her clit was swollen with need and her pussy was pulsing. She prayed that he wouldn’t recognize that his harsh spanking had combined with the fight and the rough fucking he’d given her on the deck to make her pussy drip with her own desire and his residual seed.

“You will learn to obey and when you don’t, you will ask for my discipline in order for you to make better decisions in the future about your submission to me. You will now ask me to take your virgin bottom hole in order to help you learn to obey me.”

Raegan couldn’t believe he wanted to do such a thing to her, much less make her ask for it. When she made no sound, Drake separated her red butt cheeks and swatted her bottom hole several times, causing her to yowl at the pain.

The beast said nothing, but waited for her compliance with his instructions.

“You bastard,” she hissed. Drawing a deep breath and trying to quell all of the emotion and throbbing from both her arousal and her pain, she continued, “Please take my virgin bottom hole so that I can atone for my behavior.”

He ran his digits up into her pussy, collecting her cream and then inserted his digit past his first knuckle into her back entrance without giving her any time to relax or adjust to his invasion. Roughly he drove it into her and chuckled as she quickly began to rock with the motion of his finger. He removed his finger and spanked her swollen pussy again, making her cry out.

“You do not seek your own pleasure. I am the one who gives or denies it to you.”

He jammed his finger back up her asshole. She bit the bedclothes to keep from screaming. It wasn’t so much that it hurt; it wasn’t pleasurable per se, but certainly ramped up her response to him. He withdrew his digit and then shoved two fingers back inside her once again, pumping hard.

Raegan was breathing erratically. She couldn’t understand how her pussy could be pulsing and be desperate for him to fuck her again when he had done nothing but strip her naked, spank her bottom until she thought she’d never be able to sit or lie down again, and now was fucking her back entrance with his fingers and pushing her toward an orgasm. Just as she thought she would achieve her goal of climaxing, he withdrew his fingers completely and landed two blows each on her bottom hole and on her pussy. She screamed—part pain, part rage, and part pure desire for completion.