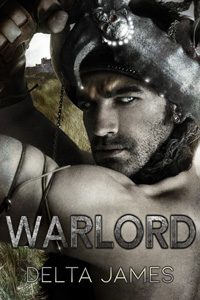 He conquered her. Now he will claim her.

When Rowan inherited control of her pack upon her father’s death, she vowed never to marry, and many a suitor has since been sent home disappointed. But Alaric of Ravenscar is no suitor…

He is a warlord, never defeated in battle, and he has come to take what he wants. He means to conquer not just Rowan’s lands, but her beautiful virgin body as well, and her efforts to defy him merely result in her being mounted and claimed with her well-spanked bare bottom still burning.

Soon Alaric will mark her as his mate, but first she will be thoroughly and shamefully mastered.

“If you wanted the gentle lover of last night, you should have remained in our bed. It would seem, my mate, that the only way to get through to you is with a decisive show of power and domination, both of which I will give you.”

He pumped her harder and deeper, making her cry out as she came again. He continued at the same pace and in the same rhythm clearly intent on savoring her surrender to him. Rowan could feel her spirit freeing itself from the earthly bounds of her body and soaring in an atmosphere of light and magic. He must have sensed that she was separating the spiritual from the physical and his command of the latter, as he battered her pussy harder, punishing her for trying to evade him in any way.

Rowan grasped at his strong arms; when she realized he was interpreting that as her trying to get away, she slid them down his arms until they were resting lightly on his hands, stroking them in supplication and to let him know she accepted his right to her… all of her.

Alaric collapsed upon her. He grasped her legs just under her buttocks and moved both of their bodies up into the center of their bed as his cock continued to release his essence. He brushed the hair from her face and regarded her with a growing and genuine affection. Rowan could feel that he was still furious with her, but with his most basic physical need having been met, he was less angry than before.

There was a knock on their chamber door. Alaric withdrew from her and stood pulling his breeches up but not bothering to close the fly. Rowan reached for hers, but he swatted her hand.

“You may pull down your tunic to cover yourself, but you will never wear another pair of breeches. Your days of holding yourself out as alpha are over. From this moment on you will dress as befits the mistress of this pack. And,” he said, grinning at her, “you will ensure that your holes are left free of any encumbrance to my use. If I choose to fuck you, I don’t want to have to do more than lift a skirt out of my way and bend you over.”

He walked to the door and opened it. Dawson took in the scene before him. Rowan was quite certain he knew that Alaric had just finished with her and she blushed and tried to scramble to the other side of the bed.

Alaric whirled and growled. “You get back in the middle of our bed, mate. I’m not nearly done with you.”

“A thousand pardons, my lord,” stammered Dawson. “I had no wish to disturb you.”

“You are not interrupting anything at the moment. I just finished with my mate. Even though my need is great and my staff already begins to harden at the thought of fucking her again, I can spare you a few moments. Why don’t you come in and I’ll close the door? I would prefer if the entire pack cannot claim to have seen their mistress thus, but I suspect as majordomo it will not be uncommon for you as I intend to use her well and often.”

Rowan wanted to curl into so small a ball that she would be lost amongst the sea of disheveled bedding. Once again, she tried to creep to the far side of the bed. Without warning she found her ankles grasped as he dragged her back to where he had originally left her, which pushed her tunic up baring her mons. Alaric flipped her onto her belly and struck her buttocks several times until she cried out.

“Do you think now you can obey me and stay put or do I need to put you across my knee and paddle your backside until you are crying and will promise to do as you are told?” he demanded angrily.

“See that you do. And you’d best leave that tunic as it is. I doubt it’s the first time Dawson’s seen a naughty girl’s red bottom.”