The Westerfield Trilogy by Renee Rose 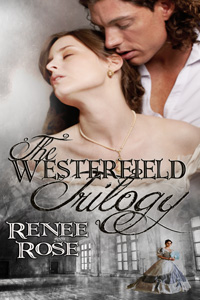 All three books of Renee Rose’s best-selling Regency series are now available in one volume. The Westerfield Trilogy includes: 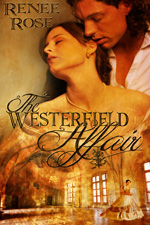 Reserved to the point of being aloof, Lord Westerfield never attended balls or even considered taking a wife… until he met Miss Kitty Stanley and his orderly world turned on end. Determined to have the beautiful and animated sister of his friend from the gambling hall, but doubting his ability to effectively court her, Westerfield strikes a bargain with her brother for her hand.

When the gentlemen present Kitty with the deal, she is furious with them both for neglecting to consult her, but her brother insists he will withdraw his support if she does not comply. Angry, she acts out at a ball, causing a scandal that mushrooms further when Lord Westerfield drags her unchaperoned to his home for a firm spanking.

Upon baring her for chastisement, Westerfield is swept away by desire, and before he can stop himself he has taken her innocence and completed the ruin of her reputation. He offers to release her from the betrothal contract, but her brother insists instead on a hasty marriage. As they attempt to recover from the scandal that becomes known as “the Westerfield Affair,” their marriage is clouded by his shame and her insecurities. Will they be trapped forever in a loveless marriage, or will they have the courage to move past their rough beginning to kindle the passion they both crave? 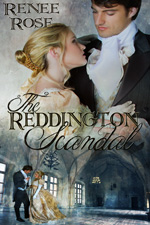 When Phoebe’s brother-in-law catches the notorious rake Lord Fenton in his home late at night, half-dressed and obviously attempting escape, he flies into a rage. In a desperate measure to avert bloodshed, Phoebe claims she is Lord Fenton’s lover, thereby forcing him to take her as his wife to avoid a scandal.

Knowing full well a philanderer like Teddy Fenton could never remain faithful, Phoebe insists upon separate bedrooms, resolving to resist his charm rather than fall in love and face the pain of his inevitable infidelity. Her handsome husband respects her request for a marriage in name only, but his marital dominance manifests itself in other ways. She soon learns that while he will not force her to his bed, Teddy is more than willing to take her over his knee and spank her bare bottom when her behavior warrants it.

Doubting his ability to stay faithful and not wishing to replicate his parents’ miserable existence, Teddy had never intended to take a wife, until he was forced to marry the lovely Phoebe Fletcher and everything changed. Suddenly other women hold no allure for him, and he wants nothing more than to win the affection of his new bride. But just when it seems he might succeed, secrets from her past threaten to destroy their chance at happiness. Can this couple come to love one another as befits a man and wife, or will their marriage end in scandal after all? 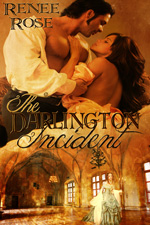 When spymaster John Andrews receives word that plans are afoot to sell England’s secrets to her enemies during the Ides of March ball at the Westerfield Estate, he is determined to bring an end to this treasonous game. Posing as a gentleman by the name of Lord Darlington to stake out the event, he is ready for anything as he mingles with the members of the ton… except falling for his prime suspect, the lovely wallflower Miss Eliza Hunt, in whose trunk the secret documents are soon found.

After new evidence leads him to believe Eliza may be innocent, John cannot wait to catch the traitors, clear her of all suspicion, and then ask for her hand. Though he fears he is not the sort of man worth having as a husband, he knows that if he wants Eliza as his own he will need to face the demons of his past and lay claim to the title and the birthright he abandoned long ago.

Eliza knows Lord Darlington is not the gentleman he purports to be, but he is the first man to see beyond the birthmark on her face and treat her like a beautiful woman. She dreams of a life at his side—and in his bed—even once it becomes clear he stands ready to punish disobedience with firm chastisement applied to her bare bottom! As he draws her out of her shell and demands she let go of her self-doubt, her desire for him grows ever stronger, but can their love survive the shadowy designs of those who would do England harm?

Read A Long Sample of The Westerfield Affair

Read A Long Sample of The Reddington Scandal

Read A Long Sample of The Darlington Incident

2014-10-31
+admin
Previous: Bared by the Billionaire by Kallista Dane
Next: What the Doctor Ordered by Trent Evans, Tara Finnegan, Natasha Knight, Sue Lyndon, and Casey McKay